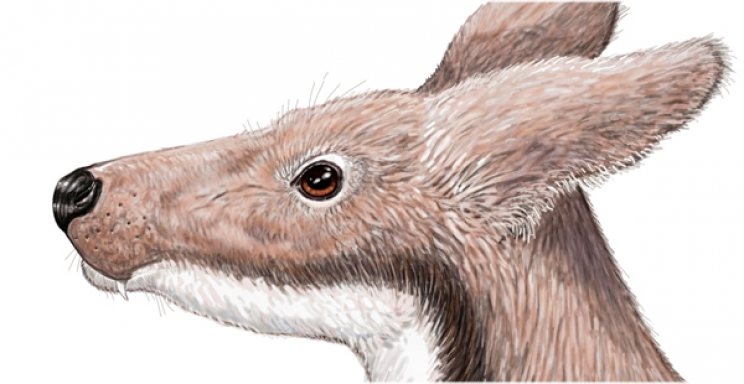 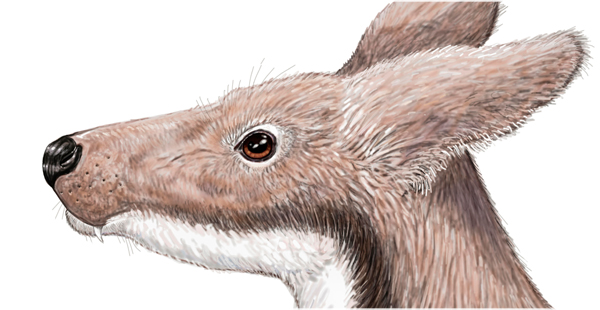 Changes in the diet of the ruminant Micromeryx, an extinct musk deer that inhabited the same areas as hominoids and pliopithecoids during the Miocene, reveal that these extinct primates lived in different habitats in Catalonia as a result of their different food preferences and locomotion behaviors. Changes in vegetation due to more arid and seasonal environments explain why these two groups never cohabited. The study carried out by research staff from the University of Zaragoza, the Institut Català de Paleontologia Miquel Crusafont and the Complutense University of Madrid has been published in BMC Biology.

Although nowadays the diversity of wild primates in the Iberian Peninsula is restricted to humans and the almost anecdotic Barbary macaques in Gibraltar, during the Miocene the situation was dramatically different, as evidenced by the fossil record. In Catalonia, at least 5 species of primates inhabited the forests in this area about 12 million years ago. The two main groups recorded were hominoids (currently represented by gorillas, chimpanzees, orangutans, humans, as well as the smaller gibbons and siamangs) and pliopithecoids (without extant species). Both groups dispersed from Africa between 18 and 16 million years ago and diversified through Asia and Europe, giving rise to several species and genera along the Miocene.

Despite this diversity, what is surprising is that (except for two specific locations in Catalonia and Hungary), hominoid and pliopithecoid fossils are never found in the same site. "Paleontologist have been wondering and debating why it’s so infrequent the coexistence of these two groups during the Miocene in Europe", says Daniel DeMiguel from ARAID - University of Zaragoza and associate researcher at the Institut Català of Paleontology Miquel Crusafont (ICP). One hypothesis is that it is just a matter of sampling, meaning that not enough has been excavated to find remains of both groups together. Another more interesting hypothesis is that, indeed, these two groups did not live in the same ecosystems, or at least not at the same time", explains the researcher. And if this was the case, why? To find an answer to this question, the research team used a phylogenetically distant species of primates but very common in the sites: Micromeryx, one of the Miocene species of musk deer.

"We reconstructed changes in the diet of this ruminant along time by studying tooth wear and isotopic composition of its enamel”, says DeMiguel. The diet of herbivores is closely related to their environment and food leaves traces on their teeth. "We can find out what an animal ate by studying the marks left behind by food on teeth and also by analyzing the composition of the carbon and oxygen isotopes in its enamel," says the researcher. The most interesting thing of knowing what they ate is that it is possible to reconstruct not only their habitat but also the habitat of the primates that are associated with the musk deer.

In the study published in BMC Biology, one of the most renown magazines in biology, the team analyzed 45 dental remains Micromeryx observed significant differences over time. Enamel became less sharp and more rounded, suggesting that, throughout the Miocene, the diet shifted from based on soft leaves to a more abrasive vegetation, based on shrubs and grasses. They also analyzed the proportions of carbon-13 and oxygen-18, which allowed them to identify not only the type of plants they fed on, but also the environmental temperature at which the fossils were formed. 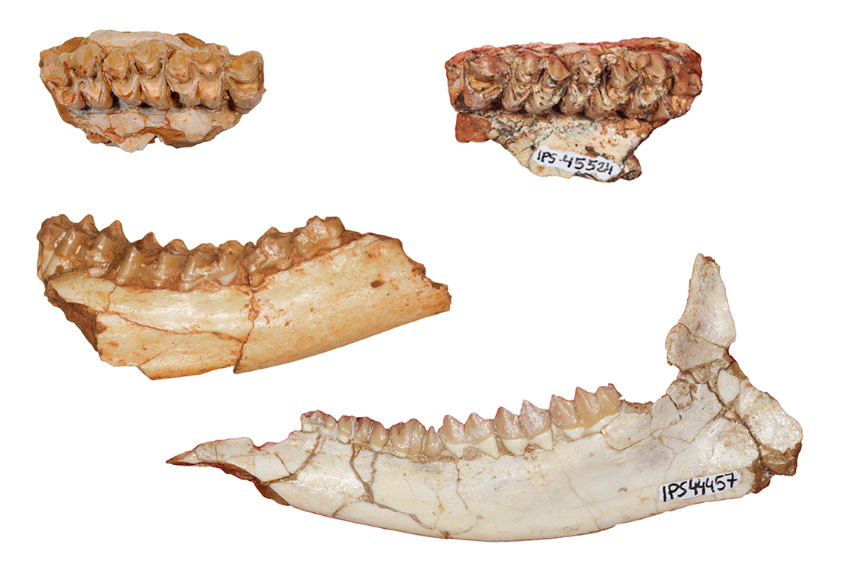 "We saw that throughout the Miocene there were profound changes in the habitat of Micromeryx", explains DeMiguel. In a million years temperature decreased and the climate shifted from being subtropical to drier. The dense and humid forests gave rise to more fragmented forests, with less tree density and somewhat more open conditions. And the ruminants ate what they found at each moment. This transformation of habitats may also explain the changes in the distribution of the two groups of primates. While the large-bodied hominoids would have occupied the predominant dense and humid forested areas 12.4 million years ago, as the climate became more arid, the pliopithecoids replaced them. "That's why we can't find them together", concludes the researcher.

Fossils analyzed in the study were collected at the Abocador de Can Mata, an exceptional paleontological site within a landfill in Hostalets of Pierola (Anoia, Catalonia, Spain). The paleontological surveillance performed during the enlargement of the landfill since 2002 has enabled the recovery of tens of thousands of vertebrate fossil remains of vertebrates that have given rise to hundreds of scientific articles, including the description of new species of fossil primates such as Pierolapithecus catalaunicus (popularly known as 'Pau') or Pliobates cataloniae ('Laia'), a partial skeleton of a small primate that precedes the divergence between hominids (great apes and humans) and hylobatids (gibbons). The research -published in Science in 2015- involved some of the researchers signing the present work.

More in this category: « A research digs up new clues on the enigmatic origin of the pterosaurs The inner ear hides clues on human evolution »
back to top