The rodents of the Miocene of the Vallés-Penedés, subject of Silvia Jovells doctoral thesis 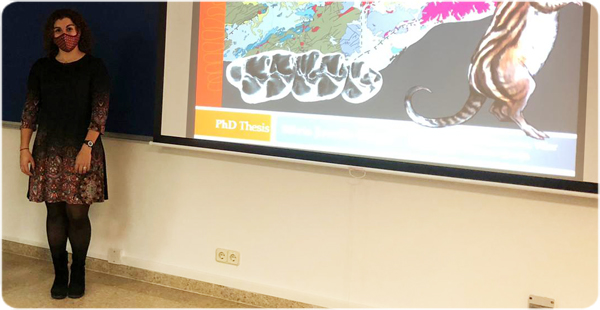 Silvia Jovells-Vaqué, researcher at the Paleoecology and Biochronology Research Group of the Institut Català de Paleontologia Miquel Crusafont (ICP), defended today her doctoral thesis on the Miocene rodents from the Vallès-Penedès basin. Her work, which has been directed by Isaac Casanovas-Vilar (ICP), has analyzed more than 1000 fossil remains of this group from between 19 and 15 million years ago.

The court has awarded the work "Early Miocene cricetidae from the Vallès-Penedès Basin (Catalonia): taxonomy, biostratigraphy and paleoecological implications" with the highest score and granted Jovells-Vaqué with the PhD degree. Due to the current pandemic circumstances, the defense has been carried out in a blended way at the Universitat Autònoma de Barcelona (UAB). 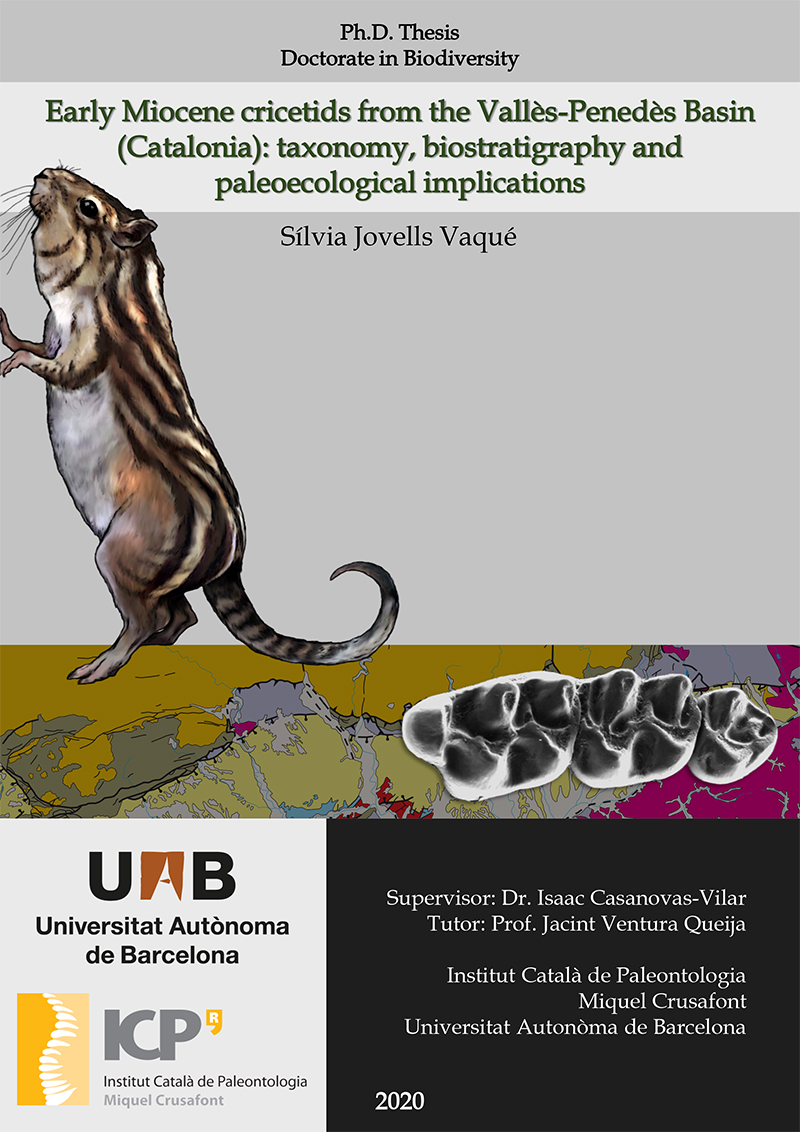 The early and early middle Miocene (late Ramblian to middle Aragonian; ca. 19-15 Ma) rodent record of the Vallès-Penedès Basin (Catalonia, north-eastern Spain) is far richer and more continuous than previously thought. This thesis is focused in the description of the cricetid fauna from this time interval and its biostratigrahical, paleobiogeographical and paleoenvironmental implications.

The systematic study of the cricetid fauna of all known early and early-middle Mio­cene sites from the Vallès-Penedès Basin defines the main body of this work. The studied material comprises nearly 1,000 isolated molars as well as some mandibular fragments and even a partial skull.

Overall, the early Miocene cricetid succession shows several affinities with that from the Aragonian type area, the Calatayud-Montalbán Basin (Aragon, east-central Spain) allowing the use of the same high-resolution local biostratigraphy, with only minor differences. Moreover, Vallès-Penedès faunas also show a few similarities with the central European ones. Biostra­tigraphical results are combined with novel magnetostratigraphic data allow constraining the age of several major regional to continental bioevents that characterize the early Mio­cene, including dispersal events from other continents into Western Europe.

Finally, small mammal faunas are used to reconstruct regional paleoclimate be­tween ca. 19 and 15 Ma and to compare it with other Western Europe records. Rainfall patterns are inferred from small-mammal community structure and indicate regional arid­ification coinciding with the height of the mid-Miocene Climatic Optimum between 16.5 and 15 Ma. The Vallès-Penedès is further recognized as a transitional area between the forested and humid central European bioprovince and the more arid and rainfall seasonal inner Iberian bioprovince. Such situation, which had previously been recognized for the middle and early late Miocene already existed at the beginning of this epoch.

More in this category: « New insights on the diversification of large toothed pterosaurs Earliest example of a rapid-fire tongue found in rare extinct amphibians preserved in amber »
back to top