Iberodactylus, the biggest pterosaur discovered in the Iberian Peninsula 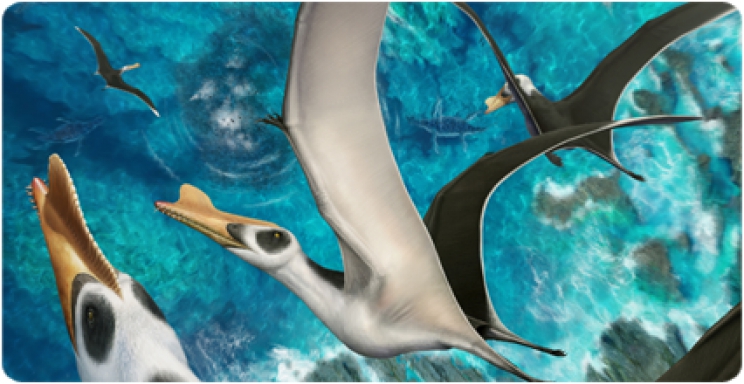 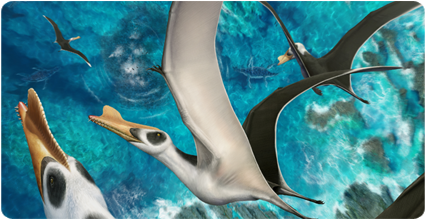 An international team led by Borja Holgado, associate researcher at the Institut Català de Paleontologia Miquel Crusafont (ICP) in collaboration with Aragosaurus-IUCA research group from the Universidad de Zaragoza, has described a new species of flying reptile, Iberodactylus andreui. It is a 4 m wingspan piscivorous pterosaur which lived in what is today the province of Teruel (Aragon, Spain) 125 million years ago. Is the third and the largest one species of pterosaur described in the Iberian Peninsula.

The fossil remain that has allowed to describe the new species was found close to the municipality of Obón (100 km north of the town of Teruel, NE Spain) and it preserves part of the snout of the animal. One of the anatomical features of this pterosaur is its ossified crest, a bony protrusion on the top of the skull. "The function of this crest is not clear, but probably it is a feature of sexual dimorphism as observed in other pterosaur species related to Iberodactylus", explain Borja Holgado, associate researcher at the ICP who lead the research.

The pterosaur remains are really scarce in the fossil record. Their bones are fragile and hollow to facilitate the flight of such large animals, and this decreases the probability of fossilization. The holotype, which is the fossil specimen that has served to describe the new species Iberodactylus andreui, is housed at the collections of the Museu de Ciencias Naturales de la Universidad de Zaragoza (Zaragoza, Spain). The specific name honours Mr. Javier Andreu, who collected the specimen. 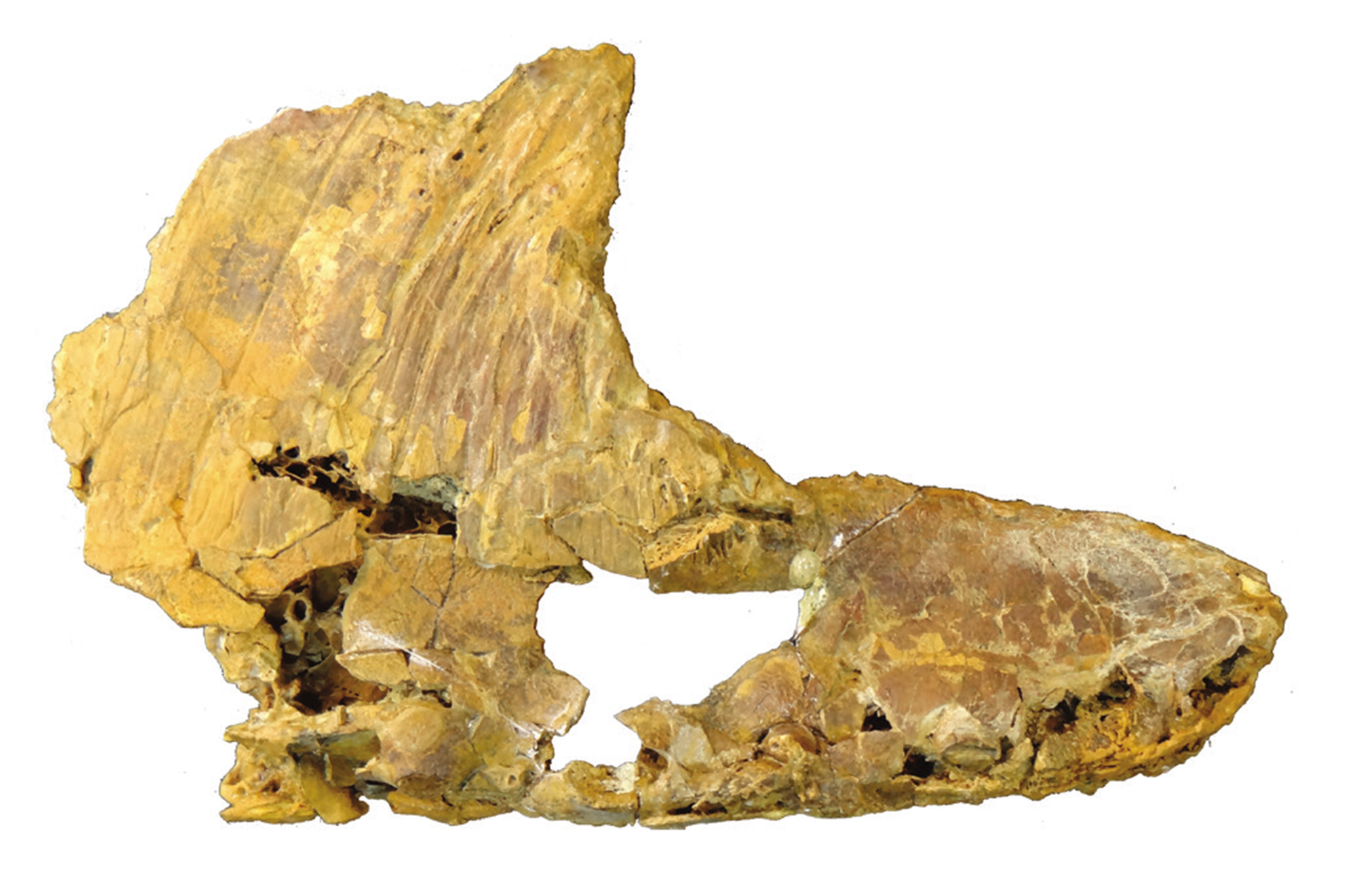 Iberodactylus andreui was a large pterosaur. It is estimated four metres of wingspan outsretched, larger than any extant bird. Iberodactylus is the largest of the three known to date pterosaur species described from the Iberian Peninsula. Pterosaurs were the first group of vertebrates that developed active flight. Their wing structure was similar to extant bats, with a large membrane held by the forelimb that allowed them to propel themselves during flight. However, the pterosaur wing membrane was supported by a hypertrophied finger, whilst in bats the wing membrane is supported by the whole hand.

The fossil remain preserves some teeth that have allowed deducting their feeding habits. "The premaxilla presents some rows of conical teeth that tell us that it fed on fish", remarks Jose Ignacio Canudo, head of the research group Aragosaurus from the Universidad de Zaragoza. Recent studies of the small abrasions left by food on the teeth of pterosaurs have revealed that within this group there were species that ate fish, while others hunted terrestrial vertebrates or insects.

Although they are often wrongly called "flying dinosaurs", pterosaurs are not dinosaurs, even though they are related with them. This group of reptiles appeared 228 million years ago, at the end of the Triassic period, and they reign on the Mesozoic skies over 160 million years, becoming extinct at the end of the Cretaceous period (66 million years ago) together with non-avian dinosaurs. There are more than a hundred of pterosaur species known to date, including the largest flying animals of all time. One of the latter is Quetzalcoatlus, which it reached 11 m wingspan, the size of a small aircraft.

Iberodactylus was related with Hamipterus tianshanensis, a pterosaur species from North-western China. Both species has been included in a new pterosaur family, the Hamipteridae. The research also focuses in the evolution and diversification of the lineage Anhangueria, which includes not only the Hamipteridae, but also other large and crested piscivorous pterosaurs like Anhanguera piscator or Tropeognathus mesembrinus. The present study concludes that the origin of this lineage was in the landmasses that today are Eurasia.

The research has been published in the journal Scientific Reports. It is led by Borja Holgado, associated research from the Institut Català de Paleontologia Miquel Crusafont (ICP) and the Museo Nacional (Rio de Janeiro, Brazil) together with researchers from the Gupo Aragosaurus-IUCA (Universidad de Zaragoza), the Museo de Ciencias Naturales de la Universidad de Zaragoza (Zaragoza, Spain), the Universidade Federal do Espírito Santo (Vitória, Brazil), and the Universidad Politécnica de Valencia (Valencia, Spain). Alexander Kellner, co-author of this publication and director of the National Museum of Brazil wanted to point out that “despite the terrible fire that destroyed the main building of our institution, the Museu Nacional lives through researches like this one”.

More in this category: « From island to island: the trip of the giant rat Mikrotia magna Strange new species of duck-billed dinosaur identified »
back to top