From island to island: the trip of the giant rat Mikrotia magna 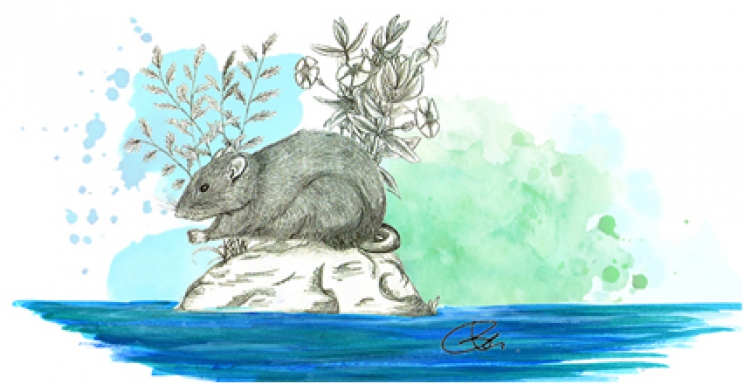 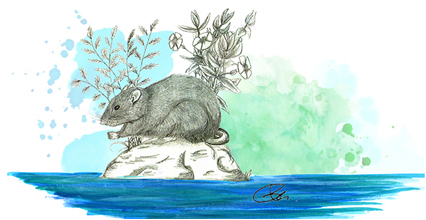 Researchers from the Universitat Autònoma de Barcelona and the Institut Català de Paleontologia Miquel Crusafont have evaluated the body size evolution of Mikrotia magna, a giant rat which dwelled in the paleoisland of Gargano during Late Miocene. The results show a clear increase of body size through its insular evolution. However, the fierce competition over resources would have prevented this aberrant size obtained in the results. That’s why researchers have concluded that this species had its origin in a neighboring island but it “jumped” to Gargano in a key moment allowing its survival in the insular ecosystem.

Insular ecosystems have played a key role in the development of biological sciences. A great example is the theory of evolution, whose main idea was conceived by Darwin observing the flora and fauna of The Galápagos Islands. Zoologists, ecologists and evolutionists has been attracted by their simplicity and exceptionality. Moreover, the morphological traits of insular mammals are unique, highlighting among them the strong pattern of modifying their body size (called as “Island rule”). In insular environments, large mammals become dwarfs, whereas small ones become giants. In this regard, during the Plio-Pleistocene period, dwarf elephants and giant rabbits dwelled in Mediterranean region! Unfortunately, the human arrival to islands entailed the extinction of most of this extraordinary fauna.

The extant peninsula of Gargano, located in the oriental coast of Italy, were an island during Late Miocene (8.8-7.5 Ma). Terre Rosse sites have provided remains of a very peculiar dwellers: a five-horned deer (Hoplitomeryx), a giant pika (Prolagus imperialis), an enormous murine (Mikrotia magna) and the largest known insectivore! (Deinogalerix, “terrible shrew”), in addition to other small mammals. Mikrotia magna was the most abundant and characteristic species of the fauna. Several studies have enabled us to know that M. magna fed on roots, rhizomes, and possibly also on grasses; and it used its upper incisors as excavator shovels for getting these underground delicatessens.

In a recent study published in the journal Geobios, researchers from the Universitat Autònoma de Barcelona and the Institut Català de Paleontologia Miquel Crusafont have evaluated the body size evolution of M. magna during the time that it dwelled in the paleoisland of Gargano. With this aim, we took measurements on postcranial elements of different karstic sites and, later, we have applied predictive models of body size. The results highlight a clear increase of body size through its insular evolution. M. magna weighed around 1,3 kg in ancient fissures, and its body mass increased to 1,9 kg in the recent ones. The unusual quantity of rodents, rabbits and insectivores dwelling at Gargano would lead to a fierce competition over resources. Following the biological models described by Palkovacs, this fact would prevent an aberrant size as that obtained in the present assessment of M. magna. 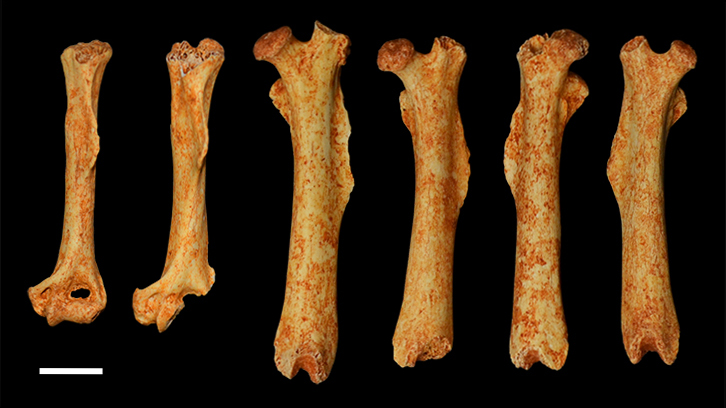 Then… where did M. magna originate? In agreement with stratigraphic and taxonomic studies, our research points to an origin in a neighboring island (through the called “jumping” among islands of a paleoarchipelago). Probably, an insular ecosystem with less competition and more resource availability were the trigger of the amazing size of M. magna. But… how did it survive in Gargano? Mikrotia magna established in the island in a key moment. A climatic change entailed more open environments where this species was more competitive. Moreover, certain direct competitors of it were extinct. Hence, M. magna had enough resources to coexist in this insular environment.

More in this category: « Most complete study on Europe's greatest hadrosaur site published Iberodactylus, the biggest pterosaur discovered in the Iberian Peninsula »
back to top