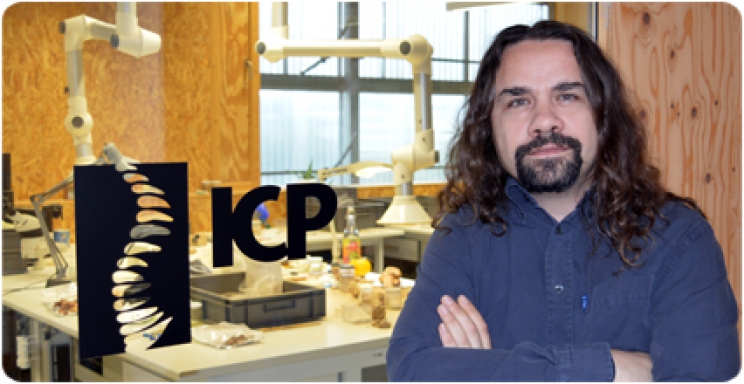 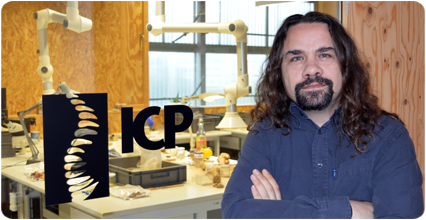 The Institut Català de Paleontologia Miquel Crusafont (ICP) board has today approved the designation of David M. Alba, head of the Neogene and Quaternary Fauna research group, as the new director of the ICP. Alba replaces Salvador Moyà-Solà, founder and leader of the centre since 2006.

David M. Alba (Barcelona, ​​1975) addresses his new facet of director with the challenge of consolidating the ICP as an international reference centre in research on vertebrate paleontology. "My objectives as a director will be to reinforce the current scientific policy of the center and, at the same time, further promote the dissemination of the Catalan paleontological heritage and, above all, to maximize the use of available human and financial resources to guarantee the sustainability of the ICP in the long term", he has stated.

Alba has an internationally recognized scientific background in the field of vertebrate paleobiology and the evolution of primates. He holds an excellent resume of publications, with more than 100 scientific articles in refereed journals of the Science Citation Index. Among the most important publications, the description of the new genus and species of hominoid Pliobates cataloniae (represented by a partial skeleton nicknamed "Laia") in the journal Science in late 2015 stands out. He is also the co - editor in chief of the Journal of Human Evolution, the most renowned scientific magazine in the field of paleoanthropology and human evolution.

On the other side, outgoing director Salvador Moyà-Solà has valued the more than 10 years as the director of the ICP "A professionally hard but very exciting stage in which we have not only prevented the research institute founded by Miquel Crusafont from becaming a local museum, but integrated it into the Catalan research system, linked to the university and placed at the forefront of paleobiological research at an international level. Moyà-Solà will continue investigating at the ICP as head of the research group in Paleoprimatology and Human Paleontology.

The ICP was created in November 2006 with the Generalitat de Catalunya and the Autonomous University of Barcelona (UAB) as patrons. It took over from the former Institut de Paleontologia Miquel Crusafont, founded in 1969 in Sabadell by Miquel Crusafont, the promoter of the Catalan school of vertebrate paleontology and of whom Moyà-Solà was the last disciple. At the moment, the ICP has two headquarters, one at the UAB Campus and the other in Sabadell. The latter houses the ICP museum which organizes exhibitions and outreach activities related to paleontology are organized. The ICP is part of the network of CERCA centres of the Generalitat de Catalunya.

More in this category: « Trace fossils discovered of an unknown reptile species existing 247 million years ago Following the tracks of carnivorous dinosaurs in a Swiss highway »
back to top