The inner ear hides kinship information in apes and humans 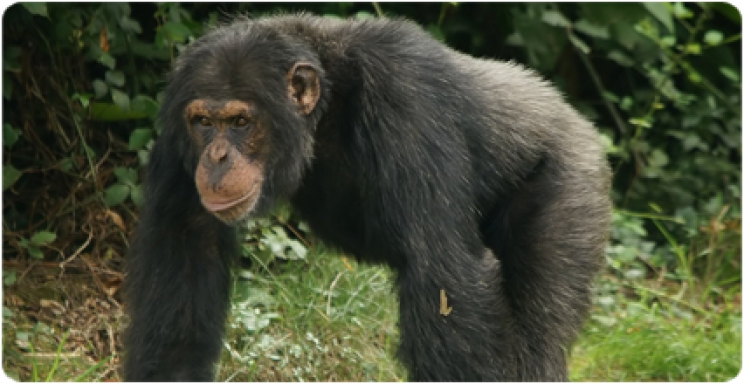 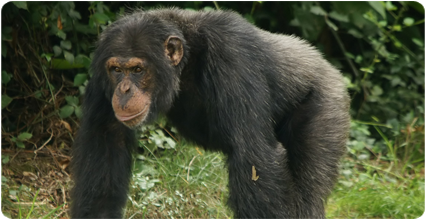 A new study led by researchers from the Institut Català de Paleontologia Miquel Crusafont (ICP) reveals that the morphology of the inner ear’s bony labyrinth is a powerful tool to reconstruct phylogenetic relationships among apes and humans. By means of a recently developed technique of 3D geometric morphometric analysis, researchers have quantified the ‘phylogenetic signal’ enclosed in this anatomical structure for extant anthropoids (monkeys, apes and humans) and two extinct hominoids (Oreopithecus and Australopithecus). The research article has been published in eLife.

Reconstructing the evolutionary history of apes and humans and determining the morphology of the last common ancestors from which the various extant lineages evolved are challenging tasks. While molecular techniques can only be used for extant or recently extinct species, when looking to a more distant past, the affinities among species can only be inferred from the morphological data preserved in fossils. Although computational algorithms help in determining the most likely course of evolution of multiple morphological features simultaneously, this task is not straightforward due to the abundance of independently evolved features (as opposed to those inherited from a common ancestor).

Some anatomical parts appear less prone to independent evolution, and the bony labyrinth of the inner ear (found inside the temporal bone) has potential in this regard, as it has been shown to be most informative for tracing the evolution of several mammalian groups. Due to the high mineralization, temporal bones are quite common in the fossil record, including several extinct apes of controversial affinities. However, given that the components of this structure are related to balance and hearing, in apes and humans it has been mainly investigated to make functional inferences (particularly from the viewpoint of locomotion).

Now, an international research team led by Alessandro Urciuoli and David Alba (Institut Català de Paleontologia Miquel Crusafont, ICP) has quantified the ‘phylogenetic signal’—the degree to which morphological similarities reflect kinship relationships among different groups—enclosed in the vestibular morphology of extant anthropoids (monkeys, apes and humans) and two extinct hominoids (Oreopithecus and Australopithecus). According to Urciuoli, “since this approach worked well for hominins and other mammals in previous studies, we wondered if we could extend it to fossil apes”. To do so, researchers have relied on a recently developed technique of 3D geometric morphometric analysis. 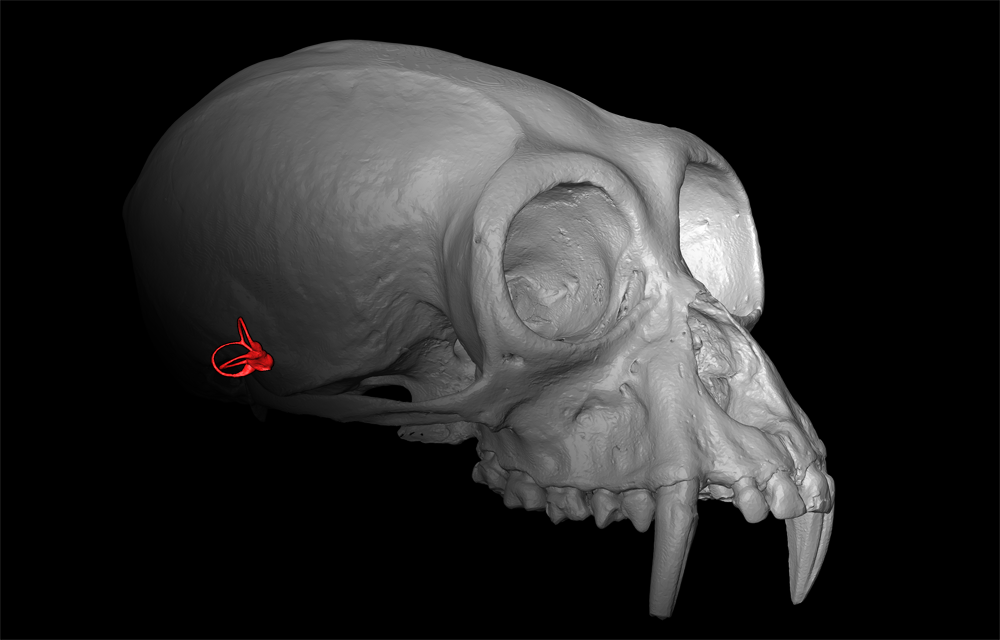 Their results support the view that the enigmatic ape Oreopithecus is a late-surviving basal representative of the group that converged in some respects with extant great apes and are consistent with Australopithecus well-known status of early representative of the human lineage. “Our work confirms the potential of inner ear morphology in general, and in particular of the semicircular canals enclosed within, for refining the phylogenetic relationships of Miocene apes, which are still very controversial”, states Aba. This is because researchers have reconstructed the ancestral morphology of various hominoid clades using maximum likelihood methods and, on this basis, identified several shared-derived features that can be incorporated in phylogenetic analyses incorporating data from other anatomical regions. 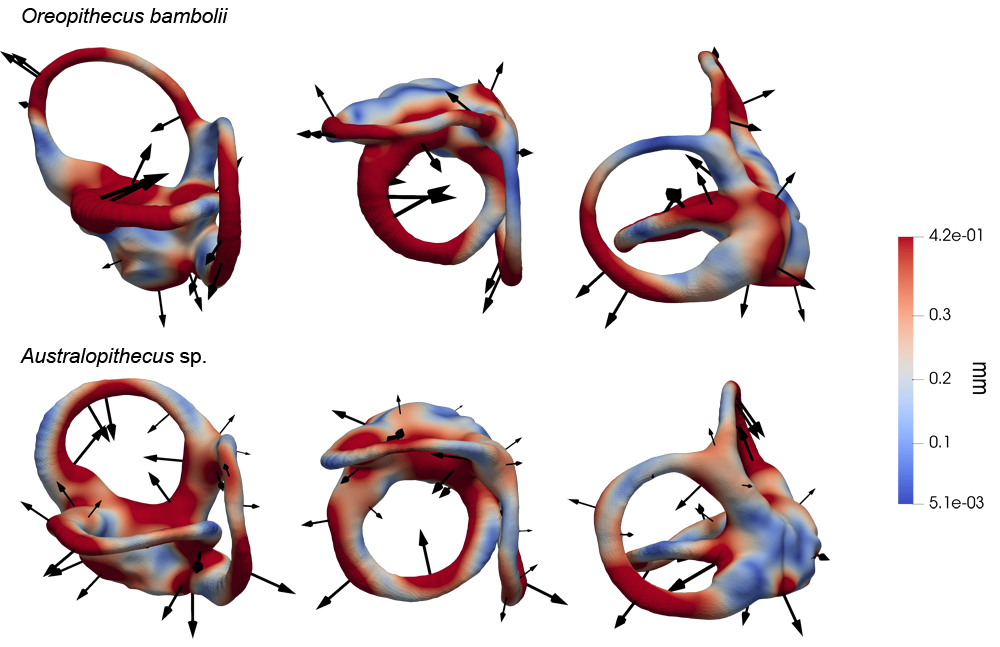 Figure 3. Different views of the three-dimensional models of the vestibular apparatuses of  Oreopithecus bambolii (Italy)  and Australopithecus sp. (South Africa).  The color scale (blue to red) reflects the amount of deformation from the mean shape computed for all anthropoids, while the black arrows represent the direction of the deformation..

As noted by Urciuoli, “we have provided a testable hypothesis about inner ear evolution in apes and humans that should be subjected to further scrutiny based on the analysis of additional fossils, particularly Miocene great apes; in years to come, disentangling the kinship relationships between the panoply of known Miocene apes will be essential for improving our understanding of the evolution of hominoids as a whole, with implications for reconstructing the ancestral morphotype from which hominins and our closest extant relatives, chimpanzees and bonobos, evolved”.

The Institut Català de Paleontologia Miquel Crusafont (ICP) is a non-profit institution devoted to research in vertebrate paleontology as well as the conservation and dissemination of paleontological heritage at the highest international level. The ICP is established as a public foundation whose Board of Trustees is composed by the Generalitat de Catalunya and the Universitat Autònoma de Barcelona (UAB). The ICP is also part of I-CERCA (Institució CERCA – Centres de Recerca de Catalunya, Generalitat de Catalunya), and linked to the UAB as a university research center.

More in this category: « Women at the ICP The Museum is closed due to the COVID-19 pandemic »
back to top