Pau and Jordi receive international visitors at the ICP 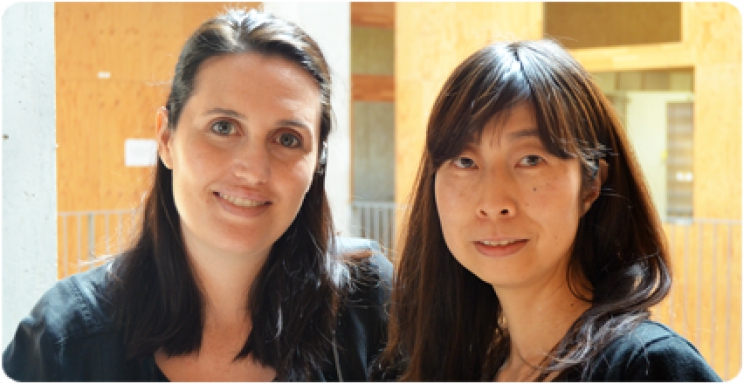 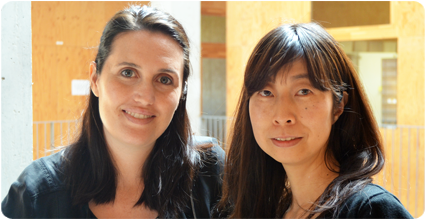 The researchers Kelsey Pugh (City University of New York) and Miyuki Kagaya (Hiroshima University) are visiting the ICP this week to study several fossils from the Institute's collection. Pugh works on the systematics of the Miocene hominoids while Kagaya studies the functional morphology of the upper limbs of apes. Some of the specimens that have planned to study are the post-cranial remains of Pierolapithecus catalaunicus (named “Pau”) and Hispanopithecus laietanus (“Jordi”).

In order to guarantee the conservation and safety of fossils, the pieces do not usually travel, so researchers have to move where fossils are housed. On this occasion, the ICP has received the visit of two researchers from the United States and Japan who, for two weeks, will measure and photograph some pieces of the ICP collection.

Kelsey Pugh is a researcher at the City University in New York and her field of study is the systematic of Miocene apes. The main object for visiting the ICP is looking how Miocene apes are related to one another and also with living apes (gibbons, gorillas, chimpanzees, orangutans and humans). "I want to see a lot of fossils, there are some incredible specimens here," she says. During the first, Kelsey will analyze cranial and dental remains and, after that, the post-cranial skeleton.

Miyuki Kagaya has analyzed several remains of the post-cranial skeleton of Pierolapithecus and Hispanopithecus. His field of study is the functional morphology of the shoulder girdle and the thoracic cage in hominoids. "Pierolapithecus is widely known for the excellent preservation of its ribs. There is no other Miocene primate ribcage better preserved", she stated.

In the image: Kelsey Pugh (left) and Miyuki Kagaya (right)

More in this category: « A window to watch 25 million years of Eurasian fauna Trace fossils discovered of an unknown reptile species existing 247 million years ago »
back to top