A window to watch 25 million years of Eurasian fauna 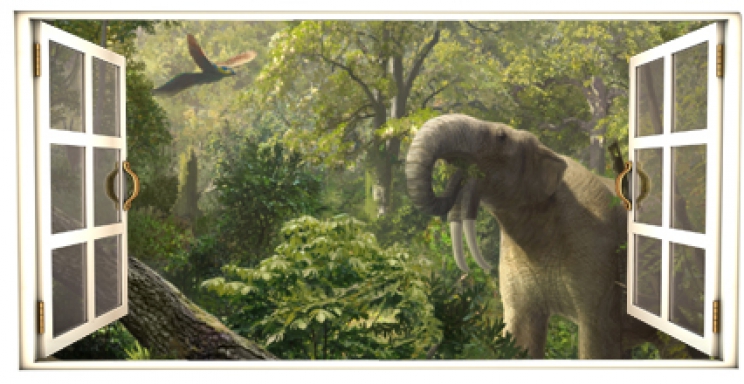 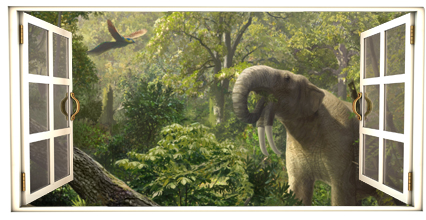 The scientific journal on paleontology Comptes Rendus Palevol has published a thematic issue that includes several articles on Oligocene and Miocene faunas from different regions of Eurasia. Isaac Casanovas, researcher at the Institut Català de Paleontologia Miquel Crusafont (ICP), is one of the guest editors of this special volume that contains up-to-date information on relevant localities such as the Vallès and Penedès (Catalonia, Spain), Siwaliks (in Pakistan) or the Vienna Basin (Austria), which are very interesting from the scientific point of view to study small-scale evolution.

The thematic volume published by Comptes Rendus Palevol in late 2016 contains 11 articles covering a wide geographical area and chronological range. It collects data of deposits from the Iberian Peninsula to China of an age between 30 and 5 million years. "The aim of this volume is to compile a series of data on the fauna that existed in areas that fulfil the following characteristics: abundant fossils, accurate dates of the different deposits within the region and covering a long period of the history of life on Earth", explains Isaac Casanovas, one of the guest editors of this volume and researcher at the Institut Català de Paleontologia Miquel Crusafont (ICP).

Paleontologists often gather data from databases built from scientific literature for their studies, "but the quality of data included in databases is uneven and the ages of most sites are poorly constrained and a range of uncertainty of more than a million years in a dating is too long, even for a paleontologist", quipped the researcher.

While databases are useful to study large-scale evolution, they offer very little resolution when it comes to analyzing details on a smaller scale. "The vast majority of the sites covered by the articles in this volume are accurately dated with a margin of error of a few thousand years", says Casanovas. "The richness of fossils and the precision of their age allow us to zoom into the history of the faunas of these regions. Their characteristics let us not to get a fixed image of a place in the past, but a sequence of continuous images”, explained the researcher.

Charles Darwin already addressed the problem of the continuity of the fossil record in the XIX century. He himself found it difficult to explain the lack of transitional species in the fossil record. If all the species were related and the new ones came from pre-existing ones, how came that no intermediate fossils between one and the other were found? Darwin argued that these gaps where due to an incomplete fossil record. He compared the fossil record to a book that tells the story of life but is imperfectly preserved, with scattered chapters of which only a few lines of each page had been preserved and written in a changing dialect.

Fortunately, since the 19th century paleontologists have found fossils of these intermediate forms that have supported Darwin's theory. However, it is still undeniable that the fossil record has gaps. That’s why regions with well-dated sites distributed in long chronological series are especially interesting for paleontologists. "For example, in Catalonia, we have the privilege of studying the Vallès-Penedès Basin, which has a continuous record that covers from 20 to 7 million years, almost the whole Miocene”, commented Casanovas. One of the articles included in the special volume focuses just on the mammals that lived in this area during this period. Part of the data included in this paper are based on recent excavations in poorly known Miocene sites of the Vallès-Penedès Basin, such as the site of Les Cases de la Valenciana (Gelida, Alt Penedès) that it was partially funded by the National Geographic Society.

Evolution of different Miocene species of hamsters from the Vallès-Penedès Basin. From left to right: Cricetulodon hartenbergeri (10.3 Ma), Cricetulodon sabadellensis (9.7 Ma), Rotundomys montisrotundi (9.5 Ma) and Rotundomys bressanus (9.3 Ma).
Note how the cuspids change progressively to a flatter surface that allowed R. bressanus to feed on tougher parts of the plant than previous species. In turn, teeth became slightly larger and taller.

Other articles in this volume focus on sites such as the Siwaliks sequence in Pakistan. Its deposits have been dated with a resolution of about 100,000 years (a very short time in paleontology) and range from 18 to the 6 million years. Other deposits in the Iberian Peninsula have been included such as those of the Calatayud-Montalbán basin (Teruel).

More in this category: « David M. Alba named new editor-in-chief of JHE Pau and Jordi receive international visitors at the ICP »
back to top