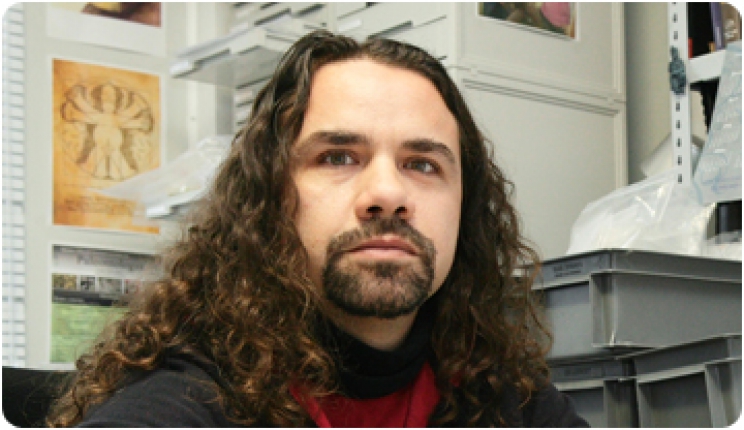 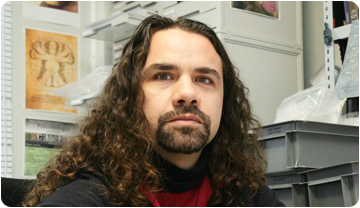 The head of the research group on Neogene and Quaternary faunas at the Institut Català de Paleontologia Miquel Crusafont (ICP), David M. Alba, is, since early this year, the new co-editor-in-chief of the Journal of Human Evolution (JHE), the most prestigious scientific journal in the field of human evolution and paleoprimatology. The editors-in-chief bear the greatest responsibility on the contents published in the magazine. Since 2013 Alba has been an associate editor.

The Journal of Human Evolution publishes scientific papers on human evolution in a broad sense, including non-human primates species. The topics of its articles range from the Paleolithic archaeology to studies on the anatomy, taxonomy and phylogeny of the extant and extinct primates, as well as geochronological, taphonomic, and faunal studies related to these groups. At the present time, its impact factor (a bibliometric index that measures the prominence within the academic scope) is 3.77.

David M. Alba is co-editor in chief of the JHE, along with Mike Plavcan (USA), and in substitution of Sarah Elton (United Kingdom), who will be the editor of special volumes from now on. The editors in chief have the role of managing the manuscripts sent by the researchers and to forward them to the associated editors, who select at least two reviewers (researchers from the field of the article) and issue a recommendation from their comments. With all this information, the editor-in-chief takes the final decision whether to publish the manuscript or not and, if so, what changes are needed.

In relation to research, David M. Alba has been leading the research group on Neogene and Quaternary Faunas of the ICP since 2012, developing two main lines of research: evolutionary paleobiology and phylogeny of the Miocene and Plio-Pleistocene vertebrates in Western Europe, and the dynamics of paleobiodiversity in the Vallès-Penedès basin. He has published more than 100 articles in journals of the Science Citation Index, among which the description of the new species of hominoid Pliobates cataloniae.

More in this category: « 260 million-year-old reptile found in Mallorca A window to watch 25 million years of Eurasian fauna »
back to top