Shedding light on the development of baby duck-billed dinosaurs 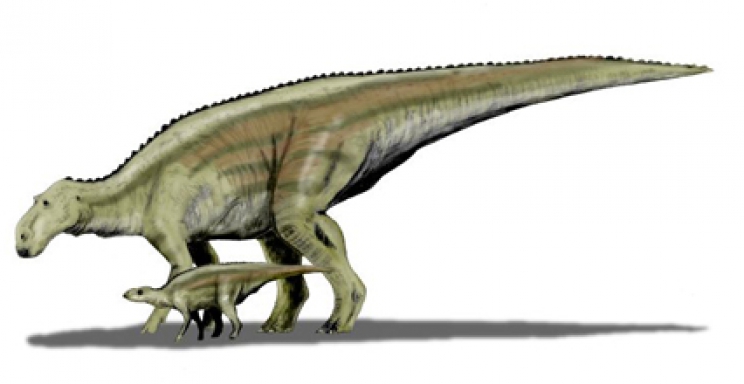 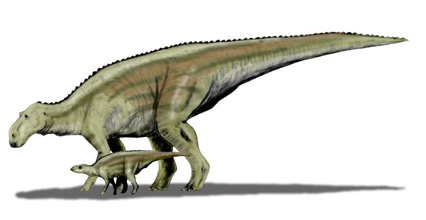 A study led by Albert Prieto-Márquez, researcher at the Institut Català de Paleontologia Miquel Crusafont (ICP), has analyzed the remains of 15 skeletons of perinatal individuals of the duck-billed dinosaur Maiasaura peeblesorum. These fossils were excavated 40 years ago in a 77 million years ago strata in Montana (USA), but were never been studied in detail. The main changes during the development of the offspring focus on the elongation of the snout and jaw to accommodate the growing number of teeth, among other adaptations.

This research focuses on an exceptional finding that took place in the Two Medicine Formation of Montana (USA) in 1978. A team of paleontologists from the Princeton University led by John R. Horner, a renowned researcher for his scientific work and for his role as the scientific advisor to the "Jurassic Park" film series, excavated a series of nests with eggs, embryos and fifteen skeletons of perinatal individuals (that is, very young, shortly after his birth).

Fossils belong to the duck-billed dinosaur Maiasaura peeblesorum and, when discovered, led to the conclusion that this group of reptiles took care of their offspring by grouping their nests in certain areas. Despite the relevance of the discovery, fossils remained in the collections of the Yale Peabody Museum of Natural History (YPM) during 35 years, until researchers Albert Prieto-Márquez (ICP) and Merrilee F. Guenther (Elmhurst College) began to study them in order to analyse changes in the skeleton during the developement of this group of dinosaurs.

The results of the analysis have now been published in the journal PeerJ. "We have discovered that the samples are formed by a set of small and delicate fossils that include remains of the face, jaw, spine, pelvis and shoulder girdle and anterior and posterior extremities," explains the researcher of the Research Group on Mesozoic Faunas at the ICP, Albert Prieto-Márquez. "Most of the differences observed in the skull are related to the elongation of the snout during development." A similar tendency is observed in jaws, probably due to the need to include an increasing number of teeth. .

On the other hand, researchers have identified a set of characteristics that remain unchanged throughout the development of the offspring. The remains studied will still provide more information about the evolutionary relationships of these animals.

Hadrosaurs were a group of ornithischian herbivorous dinosaurs that lived at the end of the Upper Cretaceous. It is probably the best-known group of dinosaurs, since there have been discovered all kinds of remains: articulated complete skeletons, eggs, embryos, offspring, juveniles, ichnites and tracks, prints of skin and coprolites.

They are popularly known as duck-billed dinosaurs because of their elongated skulls, but the most distinctive feature was on their heads. They had a bony crest of very variable shape and size, formed by several more or less developed skull bones.

More in this category: « The ICP receives the “HR Excellence in Research” award A rare Triassic pterosaur discovered in Utah »
back to top