The dinosaurs that waited for the low tide to go fishing 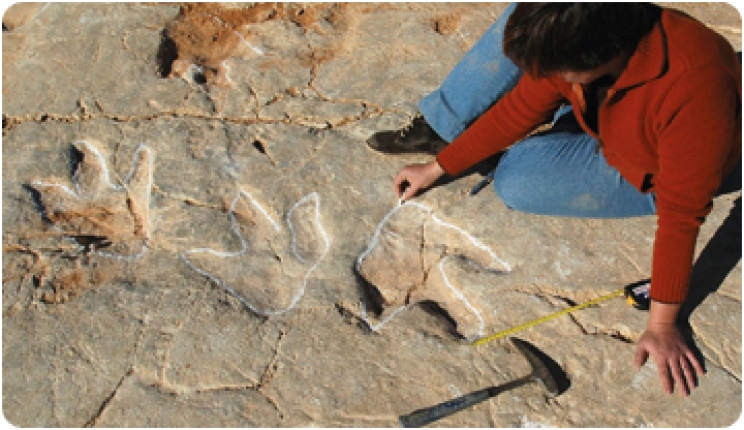 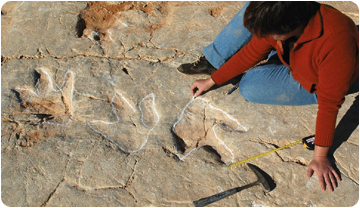 An investigation in a quarry at Vale de Meios (Portugal) has revealed more than 80 tracks belonging to carnivorous dinosaurs of the Megalosauridae group. The 700 footprints found are the largest in the Iberian peninsula and could belong to a small number of individuals that consistently fished in the area taking advantage of the low tide. The research is led by Razzolini Novella , from the Catalan Institute of Paleontology Miquel Crusafont (ICP ) and has been published in a paper on Scientific Reports.

The Middle Jurassic, which stretches back from 174 million to 163 million years ago, is known as the "dark age" of dinosaurs. Fossil records have shined little light on many of the creatures that lived during the period that, regarding to carnivorous dinosaurs (theropods), was dominated by megalosaurids, huge biped animals. In Europe, most fossil remains from this group have been found in France, England and Scotland, while Portugal is known for the high amount of fossilized footprints (ichnites).

The study, led by Novella Razzolini, investigator on the Catalan Institute of Paleontology's team and been published in an article on Scientific Reports, is focused on a series of prints found in Vale de Meios, 100 km north of Lisbon, an area that 170 million years ago was underwater during high tide, but which during low tide had sand bars which stopped the water from receding and formed lagoons. "Megalosaurids took advantage of this situation to feed on vertebrats and invertebrates trapped in the shallow waters", says Razzolini. "Their way to the lagoon was recorded on the ground", comments the researcher.

This tracksite holds more than 700 prints distributed in 80 trackways between 30 and 40 meters long. The concentration of footprints supposed and execptional find as it has been usually suggested that large theropods were solitary hunters. Traces of Portugal are the largest in the Iberian Peninsula and could correspond to a small number of individuals who recurrently, took advantage of the low tide to feed and do not imply a gregarious behavior.

The orientation of the traces suggested that the route of these animals was caused by a feeding behavior. When animals migrate to other areas they move along the coastline instead of going to the lagoon and return to the mainland. One of the surprising aspects of the research is that 90% of the trails go towards the sea and very few return. "Maybe the dinosaurs took their way back far from here and the trails has not been preserved in the fossil record", says Razzolini .

Though the inferred piscivory diet of megalosaurids is not unexpected and has been documented by stomach contents in some species, this is the first time investigators found clear evidence of migrations and movements by Megalosauridae with the sole purpose of acquiring food. Researchers think that their habits were not significantly different from other groups. "Like the spinosaurids, a closely related group, megalosaurids would have been opportunistic carnivorous, feeding on terrestrial vertebrates but also on fishes", concludes Razzolini.

Though the Vale de Meios tracksite was first discovered in 1998, field campaigns were performed in 2014 and 2015 in order to produce a 2D cartography and photogrammetric models of the most interesting trackways and track morphologies  Researchers from the Universitat Autònoma de Barcelona, Conca Dellà museum, Ludwig-Maximilians University (Munich) and the Museu Nacional de História Natural e da Ciência (Lisbon).

More in this category: « The first 3-D atlas of the extinct dodo Skin impression of one of the last european dinosaurs »
back to top