The first 3-D atlas of the extinct dodo 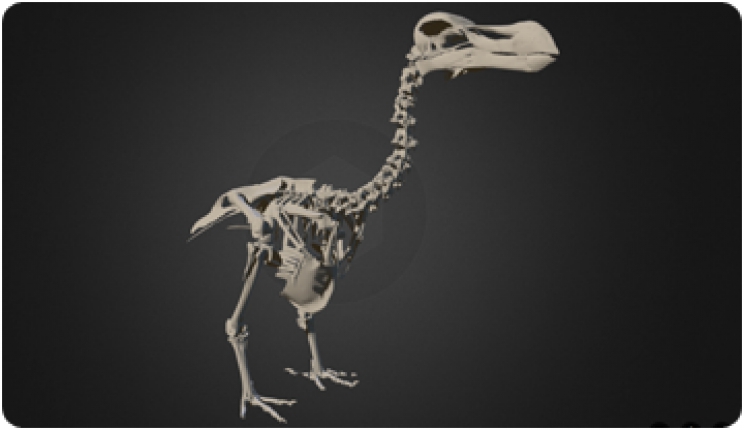 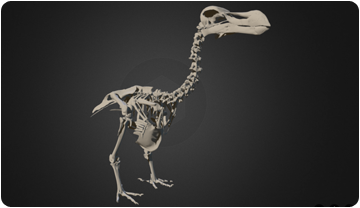 More than 300 years after its extinction, an international team of researchers has published the first three-dimensional online atlas of the skeleton of this flightless bird, an icon among extinct species in recent human history. Despite its presence in popular culture, little is known we know about the anatomy of this flightless pigeon from a scientific perspective. Part of the research has been conducted at the Institut Català de Paleontologia Miquel Crusafont (ICP) by the dutch paleontologist Hanneke Meijer .

The dodo (Raphus cucullatus) represents one of the best known examples of extinction caused by humans. It was a large flightless bird endemic to Mauritius and the last specimen was documented in 1693, less than a hundred years after the Dutch colonized the island. Rats and other predators introduced by humans had a devastating effect on the eggs and hatchlings. Despite its importance in popular culture, little is known about this species from a scientific perspective and there is not a single complete specimen that exists from 17th century collections, only a few fragments remain; a single desiccated head, a skull, a beak, and a foot.

Between 1899 and 1910 a French barber and amateur naturalist named Etienne Thirioux found a complete skeleton and other partial remains of this species in Mauritius that have now been used to create the first three-dimensional anatomical atlas of the dodo using modern techniques of laser scanning. This atlas, published in the Society of Vertebrate Paleontology Memoir "is the most comprehensive and complete anatomy treaty of the skeleton of the dodo and represents the efforts of a large team of international scientists for more than five years," says Hanneke Meijer, a Dutch researcher that contributed to the project during a stay at the Institut Català de Paleontologia Miquel Crusafont (ICP) and currently working at the University of Bergen (Norway).

The dodo was a huge bird that could reach to a meter tall and weigh about 18 kilos. He belonged to family Columbidae in which, curiously, belong relatively small birds like pigeons and doves. The new atlas is the first to show the exact relative proportions of the animal and includes some previously unknown bones as the kneecap, ankle and wrist bones and has been made available to the public via the Internet. The study of specimens in 3D has also enabled to simulations of how this great animal moved.

"The dodo skull is so large and its peak so robust that it is easy to understand that the first naturalists relate it to the vultures and other raptors rather than with a dove," Meijer explains. Dodo's ancestors arrived to Mauritius about 8 million years ago. Insular species often evolve quite differently than they do on the continent and, in the case of the dodo, it lost the ability to fly, probably due to the absence of predation. Despite what its look might suggest, it was a species perfectly adapted to its environment. 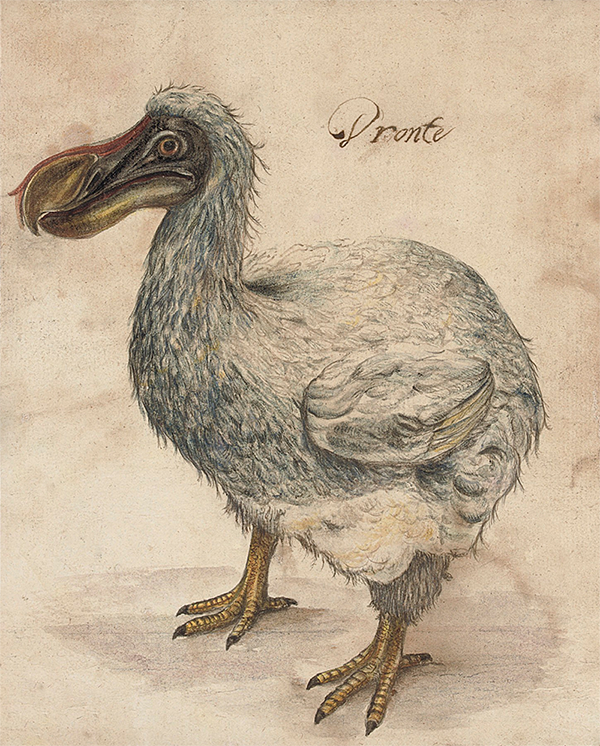 Drawing of a dodo from de XVII century (Wikimedia Commons)

The multidisciplinary study of this bird has allowed to understand what the ecosystem of the dodo looked like, and why many thousands vertebrates  died during a natural extreme climatic change event 4200 yr ago, mainly as a result of water scarcity and toxic water consumption. "The species confined to the islands are much more sensitive to environmental changes, especially the lack of water and salinization and pollution of water during droughts," explains Kenneth Rijsdijk, a researcher at the University of Amsterdam who also participated in the study. This findings can be applied to current climate change.

More in this category: « Oldest footprints in Catalonia The dinosaurs that waited for the low tide to go fishing »
back to top