The fossil record, a must for biologists 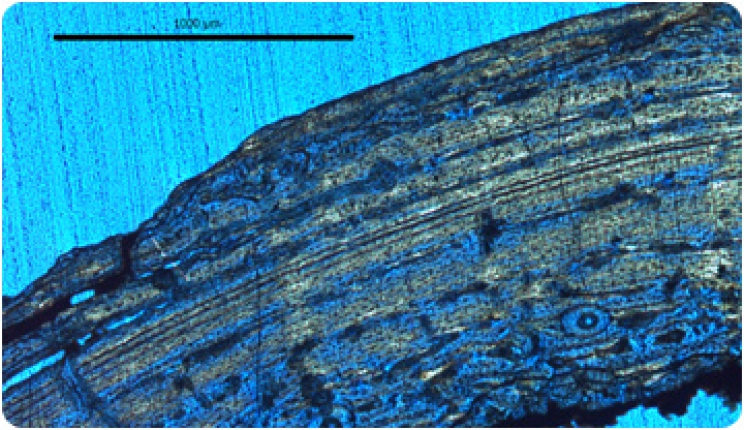 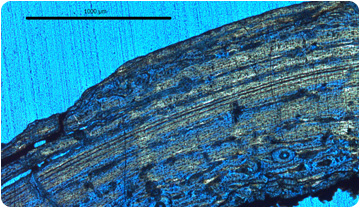 In the article "Scanning the fossil record: stratophenomics and the generation of primary evolutionary-ecological data" by ICP researcher Jan A. van Dam urges researchers in evolutionary biology and ecology to improve and extend their work using paleontological information. The reason for this is not only the richness of the fossil record, but also to availability of new techniques and methods that extract quantitative information on the age, shape and environment of past organisms. He introduces the new concept of stratophenomics to describe this modern approach towards the fossil record. The article has been published in the journal Evolutionary Ecology.

Despite the important overlap that exists between biology and paleontology, which nobody wants or can deny, the truth is that in most evolutionary and ecological theories paleontological input is not playing an important role. As Jan van Dam tells us "The theory of evolution is strongly based on what we have learned from fossils in the first place. But the rise of genetics and other disciplines of biology have put paleontologists in the shadow. This is unfortunate because only the fossil record contains true observations on the evolution of species during the million-year scale of their existence. In recent years, the fossil record has grown a lot, and the information we learn from the fossils and deposits has become more and more accessible. And then there is still an enormous amount of data hidden in existing collections and of course in the rocks themselves. Linking these data to those from genetics and ecology will be crucial for our knowledge of evolution.”

Indeed, it is because of the fossil record that we know about biodiversity on the earth over geological time scales of millions of years. In addition, we have information on climate and habitat in which these species lived. The comparison of what we have learned about extinct floras and faunas with what we know from the present-day world allow us to evolve a comprehensive understanding of ecological and evolutionary phenomena, which a priori are governed by laws that are independent of time. And this certainly will help us better understand the biodiversity and ecological threats today.
In his article Jan van Dam argues that fossils are not there to fill museums and that the fossil record is not so discontinuous as some believe. New fields such as 3D morphometrics sclerocronology and astrochronology, which are explained below, enable us to learn much more from the fossil record. This means that a large-scale “stratophenomics” approach to the fossil record is necessary to realize its full potential. 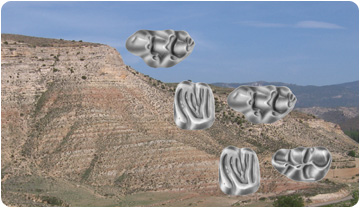 Usually paleontologists describe fossil forms by measuring isolated distances angles, etc. By contrast in Geometric Morphometrics (GM), the information on the whole organism is preserved by recording coordinates. In combination with the progress made in high-resolution scanning, 3D visualization techniques can be combined with GM to generate 3D representations of the organisms, which can be used for all kinds of purposes including phylogenetic and functional reconstructions. A big advantage is that the interior of fossils can also be inspected without cutting or modifying. In addition, the data from the fossils can be accessed from anywhere in the world, without having to go to the museum where the fossil in question has been deposited.

Knowing as accurately as possible when species lived, is one of the key challenges in the analysis of paleontological data. Stratigraphy and geochronology are the disciplines responsible for putting dates on the various geological strata. With accurate ages we can establish correlations between fossils, climate and geography around the world. Astrochronology is one of the latest geologic techniques and has meant a breakthrough concerning the age precision of paleontological data. It improves the temporal resolution significantly by studying sedimentary rhythms and identifying the so-called Milankovitch cycles which are caused by astronomical movements, especially related to changes in direction and tilt of the Earth´s axis and its orbit around the Sun.

The use of isotopes from fossils is best known with regard to dating, using non-stable isotopes (carbon-14 method). But the chemical study of stable isotopes also has a long tradition in geology and paleontology, as it allows for paleoenvironmental reconstruction. For instance; there is a very clear correlation between the alternating episodes more warm and cold climate and the distribution of the isotopes of oxygen 16 and oxygen 18 in the carbonate shells of marine bottom organisms. Very new is the study of bonds between specific isotopes of carbon and oxygen (13C-16O), which allows very accurately estimations of temperature. In addition, also using the isotopic compositions of other elements such as nitrogen, hydrogen and strontium, it is possible to reconstruct changes in aridity, ocean currents, land altitude, diet and migration behavior.

Especially powerful is the combination of isotopic studies of fossils with sclerocronology, an expanding field studying growth lines in fossil tissue (bones, teeth, shells, corals, etc). These paleohistology techniques, based on the microscopic study of thin sections or even 3D scans, have allowed a deeper understanding of the life history of extinct individuals, and their climatic and ecological correlations.

More in this category: « Do you know the weight of this bovid? The Granada Basin, the southern refuge for Desmanella »
back to top