Do you know the weight of this bovid? 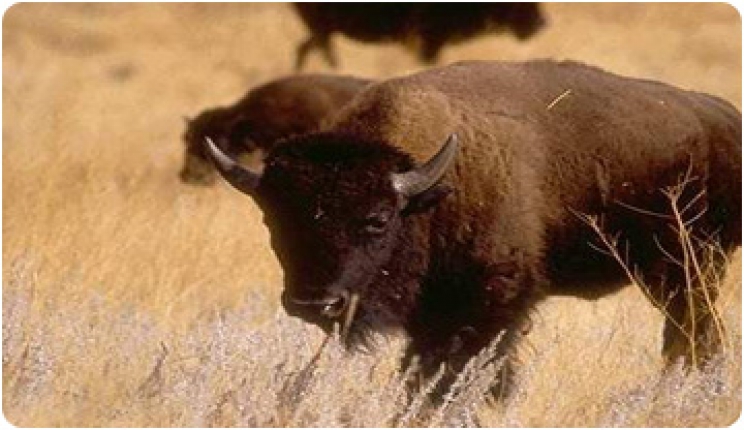 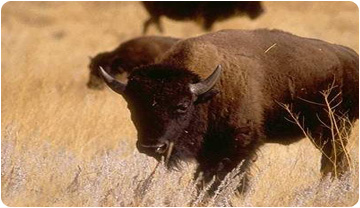 The vertebrate body mass is related to various ecological and physiological characteristics of animals. Through the mass of extinct species we can retrieve information about its paleobiology, as the spatial distribution and some evolutionary and genetic relationships.

But the body mass is not only important in fossils. In extant species it helps to learn about the needs of a population and its short-term fluctuations. From this information we can, for example, deduct the area to maintain viable the population of an endangered species. The recently published research proposes a new way to estimate this parameter in bovids, avoiding difficulties and inaccuracies of previous methods. For this, ICP researchers have developed a new formula for calculating the body mass of a bovid from two parameters: the thorax circumference and the head and body length.

How to calculate body mass in extant animals

The body mass of an animal may seem a common data easy to get, but sometimes it is not. In large wildlife species, as are most of bovids, it is difficult to weigh individuals in their habitat, and the information of its mass is often deduced from data obtained decades ago by hunters. But the pieces hunted, for example, wildebeests and buffalos, are usually the larger ones, thus this measure is not representative of the current size of the individuals in a population. There are also works that gather data from the size and weight of recently dead animals, but to get them you need to "go hunting."

How to calculate body mass in extinct animals

If you think that getting the value of body mass in extant animals is complicated, even more is to get it in extinct species. In this case, fossils are the primary source of information, but often they only are fragmentary remains.

The most common method for body mass estimation in these cases is to relate this parameter with another variable, such as the same measurement in the skeleton of a similar extant animal. But not always the extinct animal is similar to an extant species, so this technique cannot always be applied. 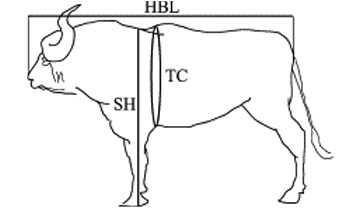 A new formula for calculating body mass in bovids

The aim of the research lead by the experts Soledad De Esteban and Meike Köhler was to develop a mathematical formula that could overcome the complications and uncertainties involved in the body mass estimation for large mammals like bovids. The equations obtained allow to calculate the body mass from one or two external body measurements, for which it a good correlation with body mass was proved. In addition, one of the equations is shown as the most accurate.

The variables that have been studied for body mass parametrization are thorax circumference (TH), head and body length (HBL) and shoulder height (SH). These measures are easy to take from extant animals, can be measured in fairly complete fossils and are very common in the collections of modern bovids.

However, the shoulder height had to be discarded because as residual values weren’t homogeneous for species of different sizes, that is, the difference between real and estimated body mass does not follow the pattern expected for individuals of different size.

One of the most important assumptions in statistical analysis is that data are independent. Because species are phylogenetically related (as a family with different degrees of kinship), when studying relations to a level that implies several species this assumption is not met. This paper shows that although correlation between the mass and the variables is lower when data is corrected phylogenetically, the prediction error is statistically the same.

Equations calculated in the study, as a linear function of thorax circumference (TC), of the head and body length (HBL), and both parameters at once  (HBL, TC).

Since the equation that parameterizes the body mass as a function of both the thorax circumference and the head and body length has a smaller average percentage error, the study concludes that this is the equation that should be used to estimate the mass -if data allowes so.

More in this category: « Calmasuchus acri, a new genus of capitosaur made in Montseny The fossil record, a must for biologists »
back to top