The Granada Basin, the southern refuge for Desmanella 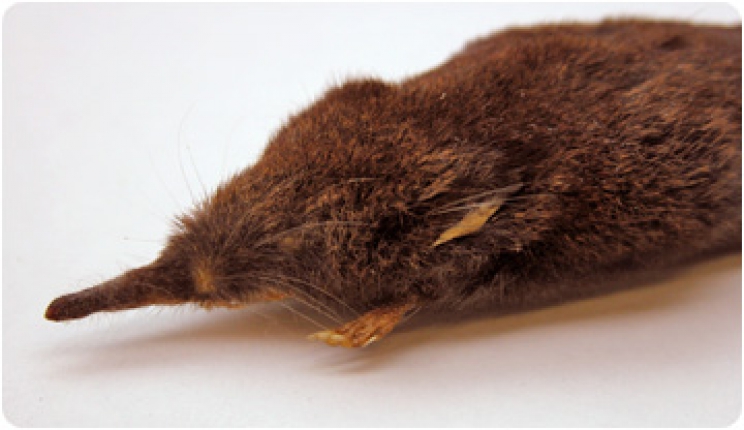 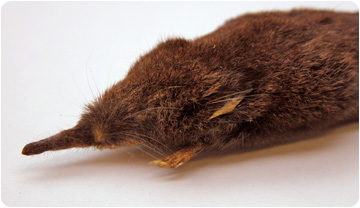 Researchers from the ICP in collaboration with researchers from Andalusia have published the discovery of fossils of the genus Desmanella in Granada, the southernmost record in Eurasia of this kind of moles. The results of this study show that these specimens coincided with a humidity peak in this basin. This indicates that the presence of this enigmatic animal in Europe was linked to unusually humid environmental conditions.

The article "Environmental control on the biogeographical distribution of Desmanella (Soricomorpha, Mammalia) in the Miocene of the Iberian Peninsula" published in the journal Palaeontogy is signed by Antonio García-Alix (Andalusian Institute of Earth Sciences), the ICP researchers Marc Furió and Raef Minwer-Barakat, and Elvira Martin Suarez and Matthijs Freudenthal (Department of Stratigraphy and Paleontology of the University of Granada)

Although most people think of moles as underground animals with small eyes, there are several genera of this species that do not spend their life underground. An example is the moles swimmers, like the endangered Pyrenean desman (Galemys pyrenaicus) or some moles that are unable to build galleries and live entirely on the surface, as some species of Southeast Asia. In fact, the latter are very similar to the Desmanella, a sort of runner mole which lived in Europe about 7 million years ago, before the transit between the Miocene and Pliocene. The article concludes that the presence of this animal in Europe was linked to unusually wet environmental conditions.

The Granada Basin, located in the center of the Betic Cordillera south of the Iberian Peninsula, has become a prime location to study climate change in the region. The complete fossil record of small mammals from the Miocene and Pliocene and the richness of the sediments allow us to observe the presence or absence of taxa sensitive to certain environmental conditions, so that we can reconstruct the climatic variations that occurred between 7 and 4 million years ago. This is the case of Desmanella, unknown until now in the Iberian Peninsula and that has been found in the Granada Basin when weather conditions during the Neogene in this region were different, more humid, than the rest of the peninsula. 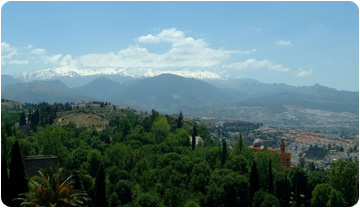 To date, it was considered that runner moles of genus Desmanella might dwell anywhere, regardless of environmental conditions. However, the study shows that the presence of Desmanella in the Granada Basin is limited to a few fossil levels. And this is not accidental, these levels coincide with moments of greater humidity in the basin in late Turoliense -7 million years ago- as can be deduced from the sediments and other fauna. In the other known fossil levels, covering the middle and upper Turolian (Miocene) and Ruscinian (Pliocene) -6 to 3 million years ago-, no trace was found of this animal.

The researchers relate this dependence on Desmanella feeding, based on small invertebrates that thrive in conditions of high humidity or much rain. Moreover, given the small size of Desmanella species, their presence would be linked to warmer temperatures, because these animals were not able to store enough fat to hibernate like other mammals.

The systematic position of the genus Desmanella within the family Talpidae is a subject of debate. Since its discovery in 1972, the classification of this animal has changed depending on the author, having been included in almost all groups of existing moles. Recent paleontological discoveries, together with studies carried out by molecular geneticists, suggests that Desmanella belongs to the subfamily Uropsilinae, an evolutionary line that separated from the rest of moles about 40 million years ago. In the study by García-Alix this option is considered as the most probable, and a new methodology for carrying out all dental measurements of Uropsilinae is proposed .

More in this category: « The fossil record, a must for biologists The riddle of the giant birds on the island of Lanzarote »
back to top