Calmasuchus acri, a new genus of capitosaur made in Montseny 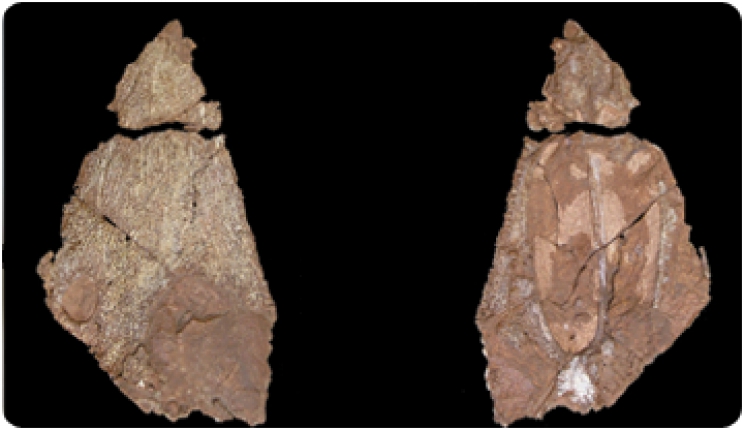 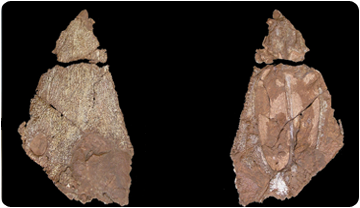 Josep Fortuny leads a research published in the journal ‘Acta Palaeontologica Polonica’ describing a new genus and species of capitosaur. These fossils are the oldest remains of aamphibian in Catalonia. The research also proposes a new phylogeny for this group of extinct amphibians.

The Montseny Labyrinthodont, also known as capitosaur, was already an amphibian known in the Vallès region, although it lived about 240 million years ago. The study recently published, participated by Josep Fortuny and Àngel Galobart from ICP and Carlos Santisteban from the Universitat de València, names it and describes in detail the remains found so far. The research shows that the characteristics of the specimens recovered in the Montseny, a natural park near Barcelona, ​​do not conform to any kind of capitosaur known so far and, therefore, the authors name it with new genus and species, Calmasuchus acri.

The discovery of the labyrinthodont remains in the Montseny, specifically at the La Móra site is already old, more than 20 years ago. The remains, however, were initially assigned to the genus Parotosuchus. Labyrinthodonts are named by the internal structure of their teeth, which look like a maze. Later, this group of amphibians have been renamed as Capitosauria.

The recently published paper reviews this description, by studying the remains recovered in the 90's of last century and new unpublished remains recovered field works done in 2008. The research, which is based on mechanical data extracted during the fossil preparation as well as new data from computerized tomography, concluded that the Montseny capitosaur is, in fact, the type specimen of Calmasuchus acri, which describes a new genus and a new species. 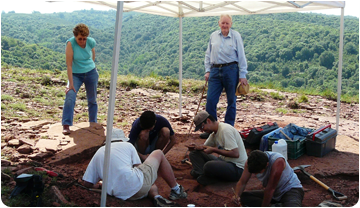 The researchers have named by the Pla de la Calma, a name of the locality where the reservoir, and the hardness of the matrix in which the fossils were embedded (acre, is Latin for hard or strong). The specimen was studied by Josep Fortuny five feet long and had a skull than forty inches in length. Capitosauria were very abundant during the Triassic around the world, but this is the only recovered in the Iberian Peninsula.

On the other hand, Josep Fortuny and his colleagues have also studied the phylogenetic relationships of this new taxon to the rest of known Capitosauria, ie have studied their family relations. They conclude that the Capitosauria group has seven synapomorphies , ie seven new evolutionary traits shared by at least two members of this group. In addition, they identify genera Cyclotosaurus-Tatrasuchus (known in Germany and Poland) and Eryosuchus-Mastodonsaurus (known in Russia and Germany) as the closest taxa Calmasuchus.

Some details of the phylogenetic study

The study is based on data from 26 different species, among which there are specimens from around the world, belonging to the Capitosaria group and its sister groupTrematosauria. There are also three species of other phylogenetically distant groups.

For each specimen 53 morphological characters were assessed. So we have a 26x53 matrix, where the phylogenetic analysis identifies which groups and species statistically represent ancestors and descendants of the Capitosauria group. In this case, the analysis of these species and morphological data showed that the ancestor of all Capitosauria is probably a form known as Wetlugasaurus angustifrons, who lived in Russia in the early Triassic period. The Montseny capitosaur is related to European forms, with genus Parotosuchus being a possible predecessor of Calmasuchus. The latter, in turn, would be the ancestor of the genera Cyclotosaurus, Tatrasuchus, Eryosuchus and Mastodonsaurus . 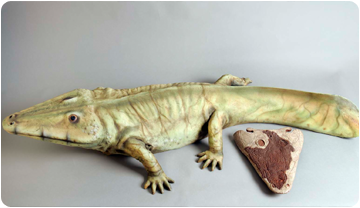 The Montseny labyrinthodont starred as an exhibition at the Museum of Natural History ‘La Tela” of Granollers in 1995 and has also been exhibited at the ICP Museum in Sabadell. In the image above a reconstruction made in 1995 is shown. From recent research we know, however, that the shape of the legs does not fit the one of the Capitosauria. And thanks to the present study the shape of the skull can also be improved.

The paleontological site of La Móra

The site of La Móra (Tagamanent, Barcelona) dates from the Middle Triassic, more particularly from the Anisian, about 240 million years ago. The oldest remains of amphibian in Catalonia have been recovered in this site. 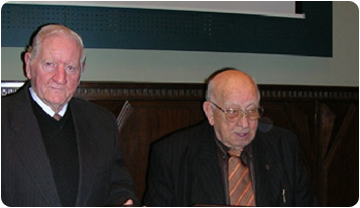 La Móra was discovered in 1989 almost by chance, as many other sites worldwide. Two hikers, amateur archeologists, were the lucky guys: Emili Ramon and Pedro Font, who promptly gave the news to the Museum of Natural History ‘La Tela “ of Granollers. The finding came quickly to the Ministry of Culture of the Generalitat de Catalunya, who asked the former Institute of Palaeontology in Sabadell to begin the first excavations. The result was hundreds of cranial and postcranial remains of capitosaur. They also found remains of archosauromorphs reptiles, related to today's crocodiles, and procolophonoids, with a shape similar to current lizards, but without any family relationship.

+ info Fortuny, J., Galobart, À. & De Santisteban, C. (2011). A new capitosaur from the Middle Triassic of Spain and the relationships within the Capitosauria. Acta Palaentologica Polonica 56(3): 553-566.

More in this category: « A chat with Lars van den Hoek Ostende Do you know the weight of this bovid? »
back to top