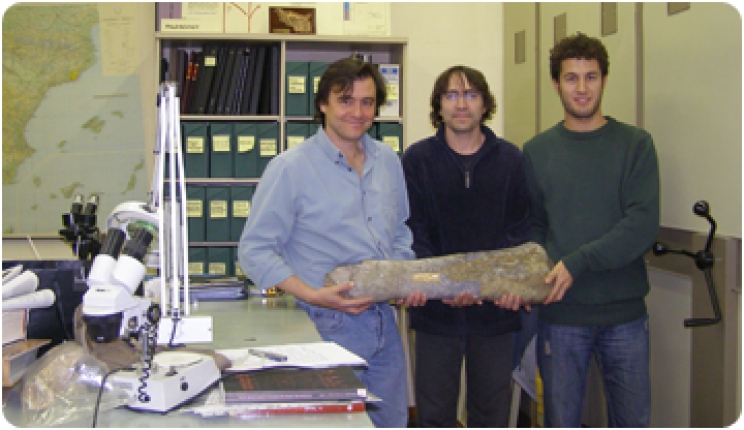 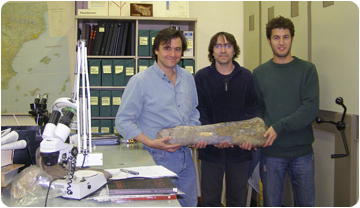 The researchers with one of the femurs that have been studied. From left to right, José Ignacio Canudo (UZ), Àngel Galobart (ICP) & Bernat Vila (UZ).

Researchers at the ICP have participated in a study led by the Aragosaurus group of the University of Zaragoza, in collaboration with other Catalan, French and Italian researchers, which has found several sauropod remains in the current Pyrenees who lived at the end of the Cretaceous. The findings show that these specimens maintained their diversity until their final extinction about 65 million years ago and, therefore, its decline was not gradual, as proposed by certain theses.

A study led by Bernat Vila, a researcher at the University of Zaragoza and research associate at the ICP, reinforces the hypothesis that the extinction of dinosaurs could had been abrupt and sudden due to an asteroid impact on Earth that caused great environmental mismatch. The work of the research group Aragosaurus-IUCA, in collaboration with ICP researchers and other Catalan, French and Italian experts, shows that sauropods - herbivorous dinosaurs with long necks and tails and quadruped locomotion - who lived at end of the Cretaceous in Europe maintained their diversity until extinction about 65 million years ago. This, therefore, means that the decline in diversity to extinction was not gradual, as proposed by the gradualist hypothesis.

The scientific journal Paleo 3, in its latest edition, presents scientific results obtained from the analysis of the fossil remains of sauropod dinosaurs, which have been found in the Pyrenees. Specifically, researchers have conducted a detailed study of the femur bones found in paleontological sites of the Pyrenees and the south and southeast of France, areas that in the late Cretaceous were part of a large island called Ibero-Armorican island, in an old archipelago that existed in southern Europe. 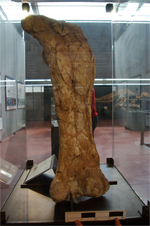 The work, led by researchers from the Aragosaurus group in Zaragoza has been developed in cooperation with scientists from the Institut Català de Paleontologia Miquel Crusafont, the Universitat Autònoma de Barcelona, ​​the Musée des Dinosaures, the Museu de la Conca Dellà, Istituto Nazionale di Geophysics and Volcanology and the Muséum d'Histoire Naturelle d'Aix-en-Provence.

The extinction of the dinosaurs is one of the most important events in the history of life on Earth as it relates to the impact of a large extraterrestrial object. However, there are few places in the world where there is a dinosaur fossil record that coincides with the boundary of the Cretaceous 65 million years ago. Most of the information recorded to date was based on the abundant and well-known fossil record of dinosaurs from western North America. What happened in the rest of the world was quite unknown.

The first exhaustive study of sauropod dinosaur fossils in Europe from the last million years of the Cretaceous has now been published by the journal Paleo 3. In this sense, the paper shows that the Pyrenees is an ideal place to provide answers to whether or not the impact of the asteroid was the cause of the extinction of the dinosaurs. 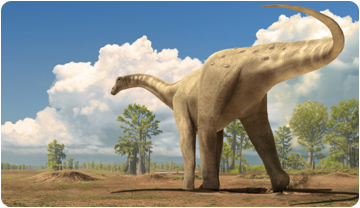 Reconstruction of a titanosaur in a Cretaceous landscape in Coll de Nargó (Lleida). Oscar Sanisidro. ICP

The study provides interesting new data on how many taxa of sauropods lived in southern Europe over the last 6.5 million years before extinction. Another significant aspect of this study is the correlation and dating of the localities with dinosaur fossils, which has established a temporal sequence of these animals on the south-European island. It is found that there were various forms of the sauropod group of titanosaurs.

In addition, researchers have studied a large sample of sauropod femurs and have found many differences that point to a remarkable diversity of forms in the last ten million years of the Cretaceous (Campanian and Maastrichtian).

Sauropods were diverse (at least four different forms) by the end of the period called Campanian. In the next period Maastrichtian and especially in its final part, sauropods held their diversity to the final extinction 65 million years ago. That is, the research indicates that so far there is no evidence showing a decline in diversity at the end of the Cretaceous before the extinction.

More in this category: « To be or to look like, an interview with Jacques Gauthier The fossil ear : an open way to the locomotion of anthropomorphic primates »
back to top