The femur of Orrorin tugenensis, a new step towards the origins of bipedalism 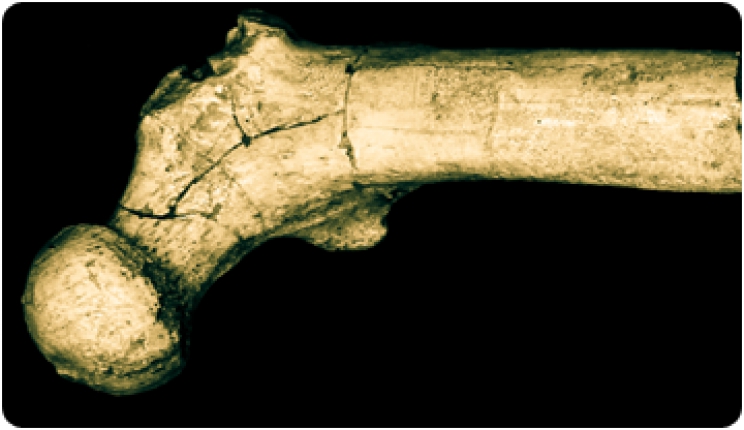 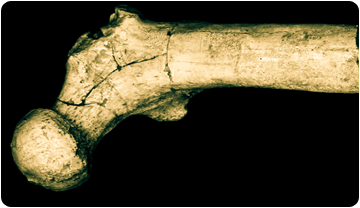 Sergio Almécija, associated researcher at the Institut Català de Paleontologia Miquel Crusafont (ICP), publishes today an article in Nature Communications analyzing the femur of Orrorin tugenensis, one of the oldest early humans that lived 6 million years ago in Kenya. The work shows that Orrorin had a unique combination of both primitive and modern characters, being chronologically and morphologically intermediate between Miocene apes and another late members of the human lineage, the australopitecines. These findings could therefore have implications for understanding the origins of human bipedalism.

Contrary to what many researchers have assumed for many years, today's great apes (chimpanzees, gorillas and orangutans) are not living "time machines". Femoral shape has evolved in different directions from a common ancestor with humans, probably in relation to suspensory behaviors in the trees. The research published today is a major breakthrough in understanding the origins of human bipedalism, and shows that the study of the evolution of Miocene apes (the period from 23 to 5.3 million years before present) is crucial to understand the evolution of this feature in the first members of the human lineage.

The first remains of Orrorin tugenensis were found in the Tugen Hills (Kenya) and were originally described in 2001. Since then, more fossils from five different individuals have been recovered. Its estimated weight was between 35 and 50 kg. and an estimated height between  1.1 and 1.2 m. Its diet was mainly based on vegetables and fruits. Orrorin tugenensis climbed trees but also likely walked upright.

The femur of Orrorin was originally described as anatomically modern, very similar to current humans and, indeed, some authors considered it as a direct ancestor of the first members of the genus Homo. However, subsequent analysis showed a pattern closer to australopithecines, the group that includes Australopithecus afarensis with Lucy as its most famous specimen, a 3.2 million years old female with a bipedal walking.

The new study of the femur of Orrorin tugenensis conducted with 3D geometric morphometric techniques and published today in Nature Communications has revealed a unique combination of primitive and modern characters. As it was assumed so far, its morphology is not intermediate between chimps and australopithecines but between Miocene fossil apes (as Proconsul and Dryopithecus) and australopithecines. The similarities of Orrorin with fossil anthropoids but not with current species suggests that bipedalism evolved from a type of locomotion practiced by Miocene apes without any current analogy.

More in this category: « The skilled hands of the fossil hominoid Oreopithecus bambolii The goat Myotragus balearicus proves itself again as an excellent evolutionary model »
back to top