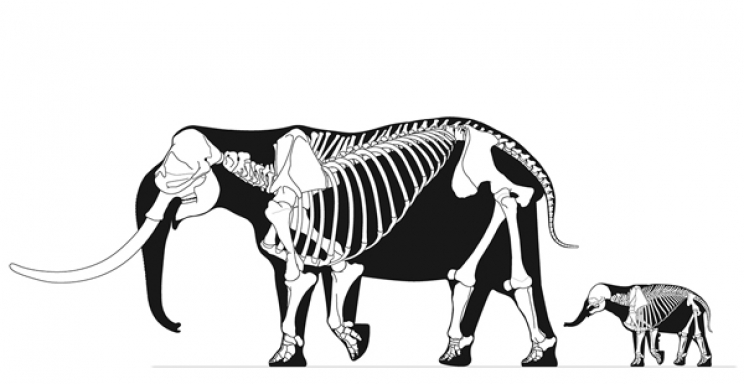 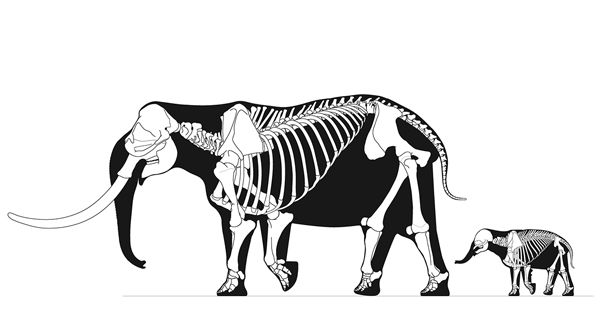 A paleohistological study provides evidence that this species attained maturity at the age of 15 years and had a minimum lifespan of 68 years. This dwarf elephant P. falconeri is an iconic example of how faunas evolve in islands. The research led by the Institut Català de Paleontologia Miquel Crusafont has been published in Scientific Reports.

Islands are exceptional natural labs to study evolution. Its geographic isolation that hinders the migration of species from mainland, the absence of predators (which usually require large areas of land to hunt) or the low resource availability of island ecosystems, drive some common evolutionary patterns in the inhabiting faunas. One of these phenomena is dwarfism or gigantism; animal species on islands have the tendency to become either giants or dwarfs in comparison to their mainland relatives. This trend is especially pervasive among mammals and dinosaurs.

By the middle of the 19th century, Charles Darwin and Alfred Wallace were already interested in this phenomenon after their expeditions to several islands around the world, and from where they obtained evidences that would led them to formulate the Theory of Evolution. In 1973, based on Foster's earlier work, the evolutionary biologist Leigh Van Valen formulated the "island rule", stating that insular animal species follow an evolutionary pattern when it comes to their body sizes.

One of the iconic species of this island rule is the Sicilian dwarf elephant, Palaeoloxodon falconeri. Compared to extant elephant species it is extremely small, about one meter tall and an estimated weight of 250 kilos. It lived in Sicily during the Pleistocene, between 500,000 and 200,000 years ago and is known for the fossil remains that have been found in different sites on the island. P. falconeri is a descendant of the much larger continental species P. antiquus, up to five meters high at the withers and 5 tons of estimated body mass.

Now, an article published in Scientific Reports led by researchers from the Institut Català de Paleontologia Miquel Crusafont (ICP), a research center ascribed to the Universitat Autònoma de Barcelona (UAB), in collaboration with several international research institutions describes the 'life history' this species. This term refers to the characteristics of the different events that take place during the life cycle of an animal, such as its growth rate, age of sexual maturity or longevity. The study concludes that the Sicilian dwarf elephant grew very slowly, reached sexual maturity at the age of 15 years and had a long lifespan of at least 68 years.

"Traditionally, this species had been considered to have a rapid development, reaching early the sexual maturity and having a short life", explains Meike Köhler, ICP researcher and ICREA professor leading the research. "Our work revelas that the life history of this elephant was much slower", she concludes.

The research team analyzed the palaeohistology -the internal structure of fossils- of molars and tusks of this species. "The different events along the life cycle of an animal are recorded in its bones, in a similar way that growth patterns of a tree are recorded in a section of its trunk", explains Köhler. Fossils are cut into slices of approximately 0.1 mm thick and the Lines of Arrested Growth  (or LAGs) are analyzed under the microscope to identifying the growth and latency periods of the animal. 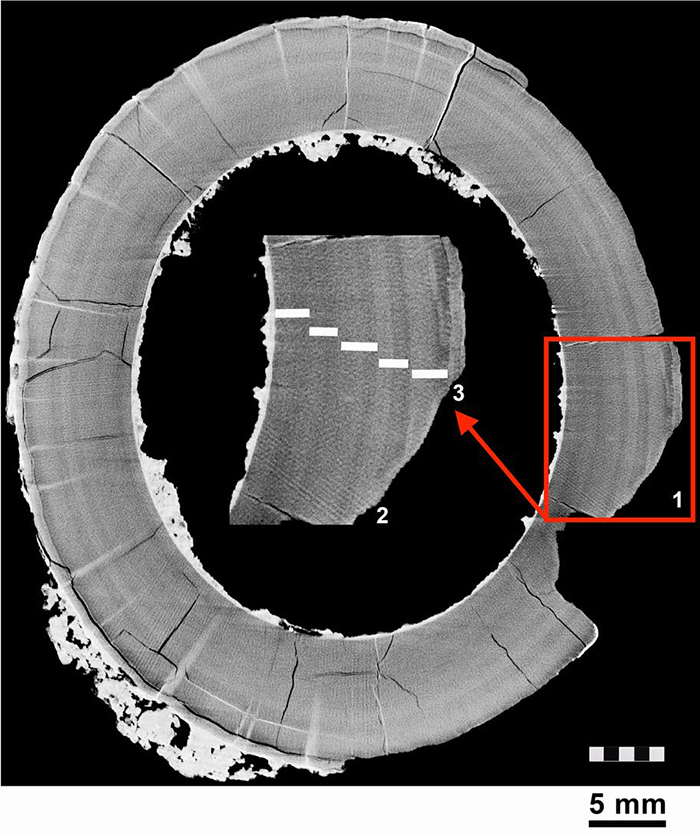 In general, small continental species tend to have faster life histories: they grow fast, reproduce early, and die young. "But in the islands it happens exactly the opposite", explains the co-author of the research Salvador Moyà, ICP researcher and ICREA professor. Unlike mainland, changes in body sizes of insular species are not associated with a faster life history. "We have found that the Sicilian dwarf elephant had a much slower life history than its sister taxon P. antiquus and the huge African savanna elephant", says Moyà. “The slow pace of this animal is the key to its longevity. Maybe we humans could learn something from them!”, jokes Moyà.

Main image. From left to right, scheme of an adult male, a calf and a female of Palaeoloxodon falconeri besides a 180 cm tall human. (Author: Asier Larramendi, under CC BY-NC license originally published in  doi:10.4404/hystrix-26.2-11478)

More in this category: « The vertebral air cavities of large pterosaurs disclose key adaptations for flight 110-million-year amber reveals an unexpected lizard »
back to top