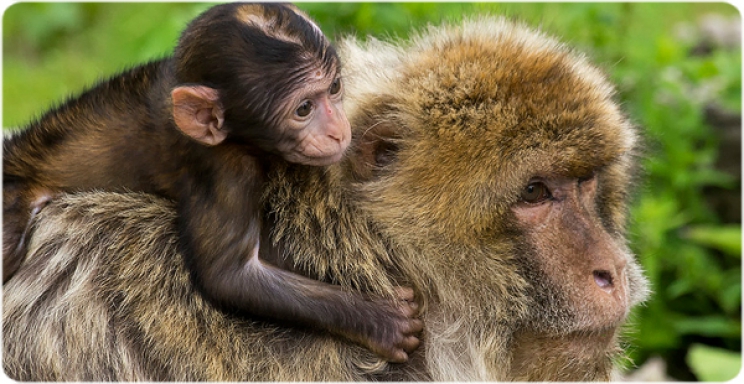 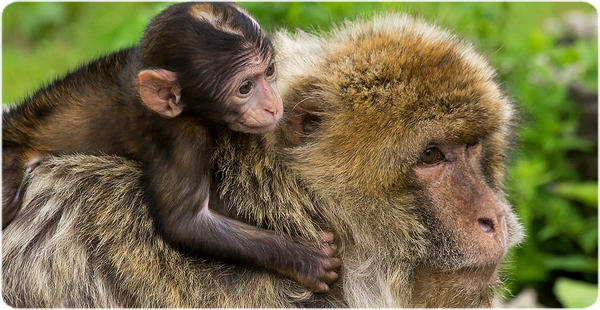 A new article published in Journal of Human Evolution led by researchers from the Institut Català de Paleontologia Miquel Crusafont (ICP), the Institut Català de Paleoecologia Humana i Evolució Social (IPHES-CERCA), and the Universitat Rovira i Virgili describes six 2,5 million-years-old fossil macaque teeth from the site of Guefaït (northeast of Morocco). Tooth morphology ressembles that of the current African subspecies, which provides new clues about the dispersal of this species in the past. The research also highlights the absence of geladas in Guefaït.

The macaques (genus Macaca) are a group of Old World monkeys (Cercopithecoidea) belonging to the papionine tribe, which also includes mangabeys, baboons, mandrills, and geladas. Together with humans, macaques are the most widely distributed primates in the world. There are 23 living species, distributed throughout Africa and Asia. In Europe, their presence is restricted to the anecdotal Gibraltar macaques, which are the result of introductions of specimens of Barbary macaques (Macaca sylvanus) by humans. This species inhabits in the wild in North Africa, unlike the rest of the species of the genus, which live in Asia. However, according to the fossil record it is known that this species was distributed not only in North Africa but throughout a great part of Europe in the past. In Catalonia, around one-million-year old remains have been described from Cal Guardiola and Vallparadís (Terrassa), and Incarcal (Pla de l’Estany), among other sites. It is thought that all Pliocene European macaques belong to this species, except for the insular Pliocene macaques from Sardinia (Macaca majori) and the oldest terminal Miocene remains (around 5 million years old) that have not been assigned to any species.

The presence of macaques in the north of Africa dates back to the upper Miocene, about 6-7 million years ago. Shortly thereafter (about 5,5 million years ago), first representatives are found in Europe (Spain and Italy), which migrated on during the Messinian Salinity Crisis. Now, an article published in Journal of Human Evolution and led by research staff from the Institut Català de Paleontologia Miquel Crusafont (ICP), the Institut Català de Paleoecologia Humana i Evolució Social (IPHES-CERCA), the Universitat Rovira i Virgili (URV), the Geology Department (Science school of the Mohammed Premier de Oujda university) and the l’Institut National des Sciences d’Archéologie et du Patrimoine (INSAP), describes new fossil macaque remains from the Guefaït site, in northeastern Morocco. Excavation campaigns performed during 2018 and 2019 included in an interdisciplinary collaborative project between Spain and Morocco provided more than 3,200 vertebrate fossil remains (amphibians, reptiles, and small and large mammals, including elephants, rhinos and hippos, among others) of the initial lower Pleistocene, with an age around the 2,5 million years.

The fossils recovered included six cercopithecid teeth that have been studied in this research. According to its morphology, teeth were assigned to the Macaca genus. Based on the size of the teeth, researchers estimated that these macaques weighed approximately 12 kilos. Both the size and morphology of the teeth are compatible with those of the current North African species (the Barbary macaque, Macaca sylvanus), although the ascription to this species is tentative.

During the Pleistocene, the Aïn Beni Mathar - Guefaït basin was an open woodland habitat characterized by dry conditions within a permanent water body nearby rocky landscape, characterized by the presence of open forests and some nearby. Such a paleoenvironmental reconstruction seems highly suitable for macaques, based on the preferences of extant M. sylvanus, which is dependent on water availability and the presence of nearby trees.

Molecular data show that Macaca sylvanus diverged earlier than the rest of living macaques found in Asia. Guefaït's teeth are more similar to those of the current African subspecies than to the European fossil forms. Probably, the species was present along the last 5 million years in Africa, but surprisingly there is a gap in the fossil record between 2,5 and 0,2 million years, which contrasts with the more continuous record in Europe. Future studies should clarify if this absence is due to a local extinction of this species in Africa or if it is only a matter of sampling. The research also highlights the absence of geladas in Guefaït, a genus that has already been found in Ahl to the Oughlam, a Moroccan site of almost the same age. This absence could be due to insufficient sampling or could indicate a slightly earlier age for Guefaït (prior to the dispersal of the geladas to North Africa).

The research has been carried out with the support of the CERCA program (Generalitat de Catalunya) and Agencia Estatal de Investigación (Ministerio de Ciencia, Innovación y Universidades). The research project in Morocco is possible thanks to the collaboration of the Jerada government and local authorities in Aïn Beni Mathar and Guefaït and is funded by the Fundación Palarq , the Ministerio de Cultura y Deporte, the Ministerio de Ciencia, Innovación y Universidades, the María de Maeztu program, the Ministery of Culture and Heritage of the Kingdom of Morocco and to financial support to the research group activities (SGR) of the Generalitat de Catalunya, among others.

More in this category: « 250-million-year-old footprints of a large reptile found in the western Alps The evolutionary clues hidden in the inner ear, subject of Alessandro Urciuoli doctoral thesis »
back to top