Mimodactylus, a new pterosaur from the former Afro-Arabian continent 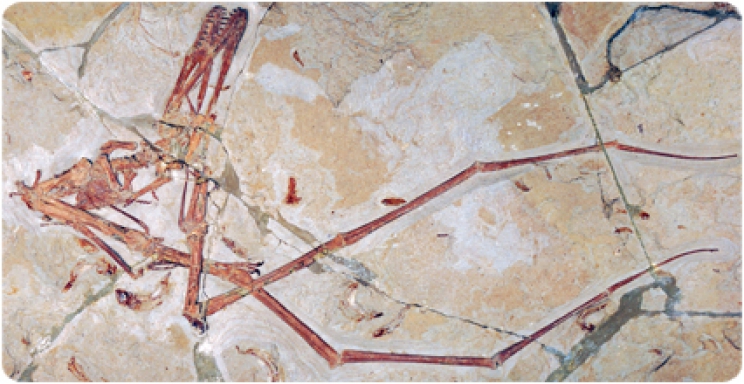 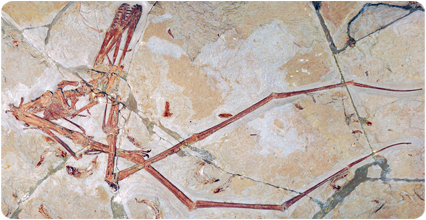 An international team of paleontologists including Borja Holgado and Fabio M. Dalla Vecchia, associate researchers at the Institut Català de Paleontologia Miquel Crusafont (ICP), has described a new genus and species of pterosaur, Mimodactylus libanensis. It is based on the most complete skeleton of these extinct animals ever discovered from the Afro-Arabian continent to date.

Pterosaurs are extinct reptiles that lived from around 215−66 million years ago and were the first vertebrates to attain powered flight. An extremely well-preserved pterosaur skeleton discovered near the Hjoûla village (50 km north from Beirut, Lebanon) has resulted to belong to a previously unknown pterosaur species. It is the most complete pterosaur fossil from the former Afro-Arabian continent (Africa and the Arabian Peninsula were united before the opening of the Red Sea).

The pterosaur has been studied by an international team made of Brazilian, Canadian, Spanish, Italian and Lebanese scientists and named Mimodactylus in honour of the Mineral Museum of Beyrout (acronymized MIM) where the specimen is exhibited.

“This pterosaur is unique because of its peculiar teeth –different from those of the piscivorous pterosaurs– and its broad rostrum,” said Alexander Kellner (Museu Nacional/Universidade Federal do Rio de Janeiro), leader of the research team. These features suggest that Mimodactylus likely fed on crustaceans, which are the most abundant fossil invertebrate found in Hjoûla quarries.

The new research also suggests that pterosaurs were more diverse than originally thought. “Mimodactylus is closely related with some Chinese pterosaurs, but it is more than 20 million years younger than them and lived thousands of kilometers far away China, in what is today Lebanon,” alleged Borja Holgado research associate at the Institut Català de Paleontologia Miquel Crusafont (ICP). “It belongs to a new lineage of pterosaurs. This leads us to think that the evolutionary history of these animals during the Cretaceous Period is by far more complex than we can imagine”, concluded. 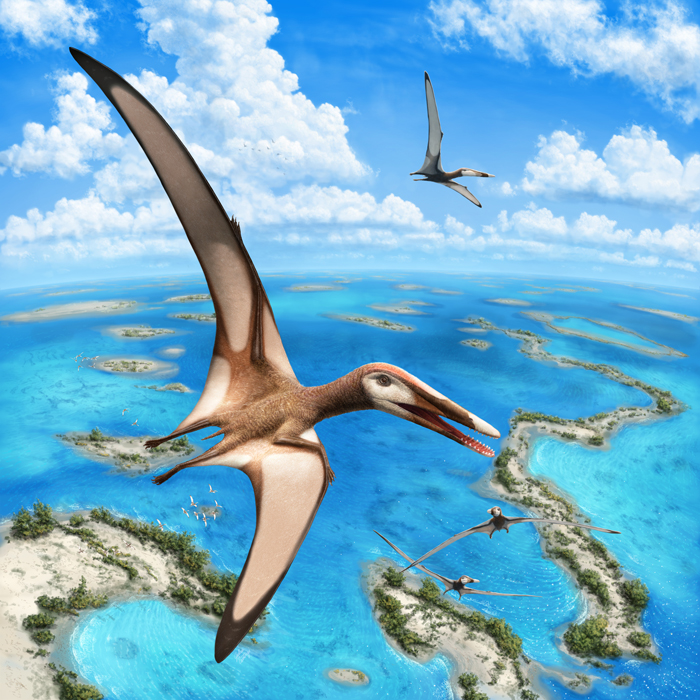 Pterosaurs flying over the shallow tropical sea which was once Lebanon. (Illustration by Julius Csotonyi).

The pterosaur lived 95 million years ago in the middle of what geologists call the Tethys Seaway, a vast ocean separating Europe from Africa and stretching all the way to Southeast Asia. “Most of the Middle East 95 million years ago was covered by a shallow tropical sea with lagoons, tidal flats and islands similar to the present-day Bahamas archipelago,” explained Fabio M. Dalla Vecchia, also research associate at the ICP.

The specimen is housed in the Mineralogy Museum at Saint Joseph’s University of Beirut, the oldest university in Lebanon.

Main image: Holotype of Mimodactylus libanensis, which is housed at the Mineralogy Museum at Saint Joseph’s University in Beirut (Lebanon).

More in this category: « The life history of Miocene equids subject of a new doctoral dissertation at the ICP Tomàs Marquès Bonet has obtained an ERC Consolidator Grant »
back to top