Dinosaurs of Eastern Iberia, a vivid introduction to dinosaurs of Spain 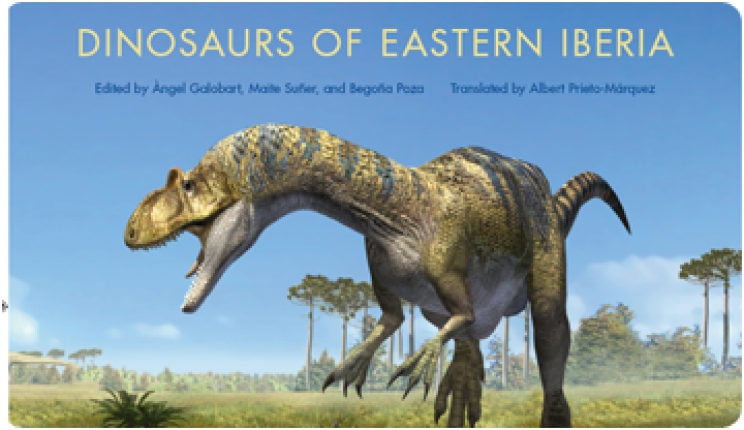 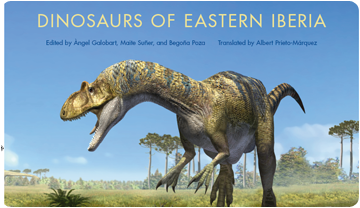 Cover of the book. IUPress / ICP

Indiana University Press in association with ICP has just published "Dinosaurs of Eastern Iberia", a colorful introduction to the history and study of dinosaurs and an eye-opening survey of dinosaur discoveries in Spain. The book is a new publication of the series “Life of the Past”, where each volume is written by an expert or group of experts on the topic covered and reviewed for accuracy by other specialists in the field. Technical jargon is kept to a minimum, and each book is profusely illustrated with photographs, drawings, and reconstructions of ancient plants and animals.

Dinosaur deposits of the Iberian Peninsula, especially those in Catalonia and the Eastern regions, represent one of the most important dinosaur fossil records in the world. The book entitled “Dinosaurs of Eastern Iberia “ collects results of the research made by ICP in recent decades, as well as by researchers from other centers of the Spain. What we know about these animals thanks to research is explained by the authors in a very entertaining way, wisely combining scientific rigor with research details that makes reading very enjoyable. In addition, the book has illustrations of Oscar Sanisidro, who gave life to the different dinosaurs for this book.

The main dinosaur of the peninsula along the different geological periods. Oscar Sanisidro. ICP

"This book was created with the intention of explaining to international audiences the richness and diversity of dinosaurs of Catalonia and the entire Eastern Iberia," explains Àngel Galobart, one of the editors of the book and head of research on dinosaurs at the ICP. The book is a choral work, with several authors from ICP and other research centers in Spain, which was previously published in Spanish. The English edition has been updated to include new discoveries and latest research results.

Dinosaurs of Eastern Iberia contains one of the richest fossil records of Mesozoic vertebrates in Europe. This record spans an 80-million-year period that includes key moments in Earth’s history, such as the extinction events at the Jurassic-Cretaceous and the Cretaceous-Tertiary boundaries.  This volume also describes the flora and fauna that made up the ancient ecosystems and explores the paleobiogeography of this dynamic region.

“A beautifully illustrated book that covers . . . spectacular sites, and very interesting specimens. . . I am unaware of any comparable treatment. I suspect that many will buy the book for the artwork alone!” –James O. Farlow, co-editor, The Complete Dinosaur

From today on, customers can purchase the book at the publisher's website and also on Amazon.

More in this category: « Islands and Elephants The hominoids from the Vallès-Penedès subject of a new doctoral dissertation »
back to top