Pierolapithecus: 10 years of a discover 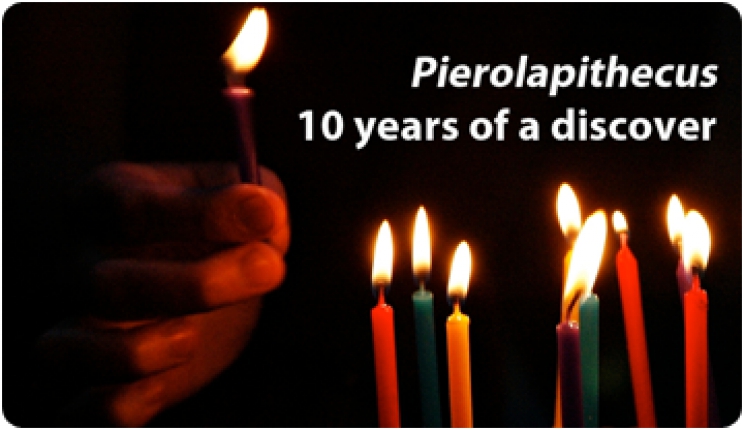 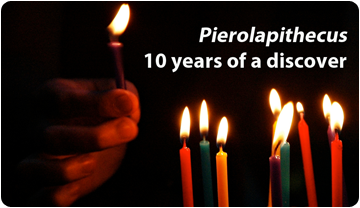 It was a day like today, 10 years ago, when the first remains of the fossil hominid Pierolapithecus catalaunicus were discovered in Abocador Can Mata (els Hostalets of Pierola, Barcelona). The cranium and more remains appeared the next day, adding up to 84 once the excavations  were finished a few months later. Since that December 4, 2002, a lot has happened in the world of research and, all in one, Pierolapithecus has consolidated as the key to understanding the origin of modern anatomy in great apes and humans.

Pau, as the fossil specimen Pierolapithecus is popularly known , was unveiled to the world a November 19, 2004, when its discovery and description were published in the journal Science. This was just the first of ten articles published, so far, in the top international journals such as the Proceedings of the National Academy of Sciences, the Proceedings of the Royal Society B, the Journal of Human Evolution and the American Journal of Physical Anthropology. If we add to them publications in lower impact journals, and popular and press articles, there are hundreds of publications that have picked up the the discovery of Pau and the results of the research in the last 10 years. 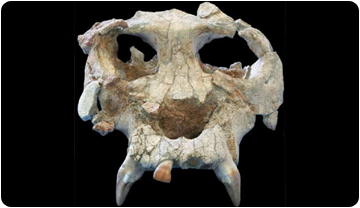 The face of Pau is a symbol of the primatology research in Catalonia. Salvador Moyà-Solà. ICP

The uniqueness and importance of Pierolapithecus are completed by the finding of four other fossil hominid species in the Vallès-Penedès, which makes Catalonia the place with the best fossil record of Miocene hominids, between 13 and 9 million years ago, when the origin of the family Hominidae took place.

The current issue of the magazine Investigación y Ciencia (spanish edition of Scientific American) publishes an article by ICP researchers David M. Alba and Salvador Moya-Sola that reviews these 10 years of paleontological research.

From ICP we invite you to celebrate this anniversarie in our Museum, in Sabadell, where since September you can visit the exhibition "Almost Human: Origin and evolution of the hominoids". In addition, on 4, 12 and 14 December 2004, from 5 to 7 pm you can see the fossil remains of Pau in the ICP collections. You should not miss this unique opportunity!

More in this category: « Tweaking the position of the Vallès-Penedès apes in evolution A biped? The answer was a suspensor or a climber »
back to top