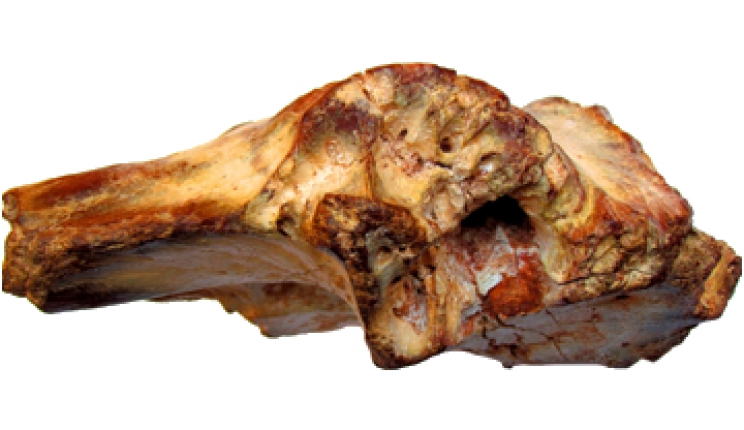 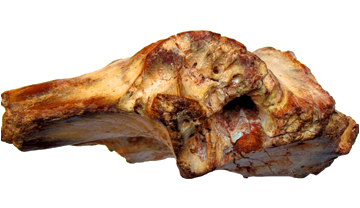 The frontal bone of Sauroniops pachytholus with the characteristic dome-like prominence above the orbit. Andrea Cau

Sauroniops was a member of the Carcharodontosauridae Family, a group of giant two-legged meat-eating dinosaurs that lived during the Cretaceous period in Eurasia, Africa and Americas. 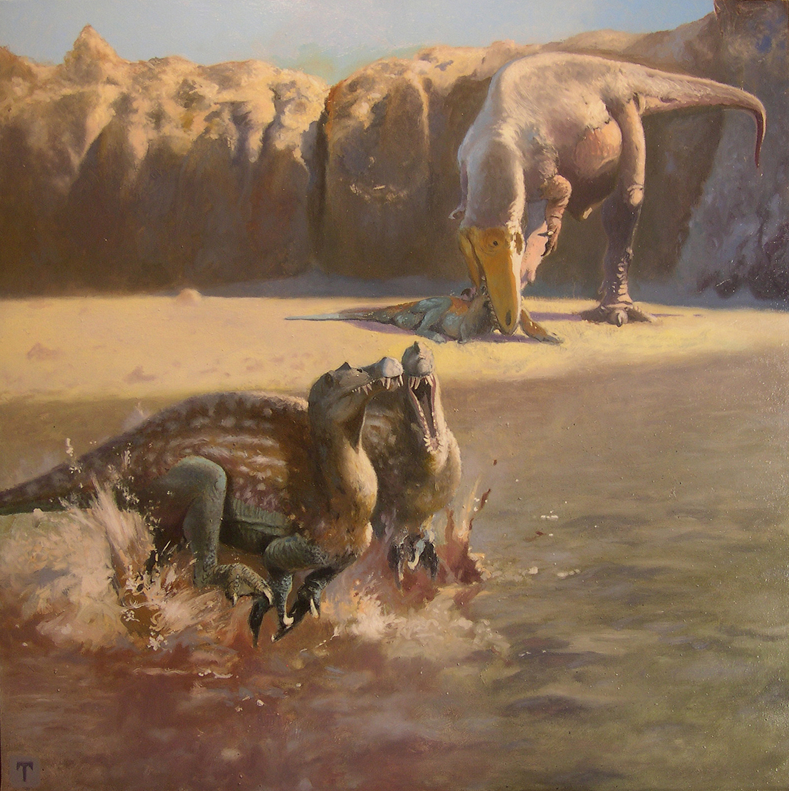 Reconstruction of Sauroniops pachytholus, in the background feeding on a juvenile Spinosaurus (two spinosauridsare fighting in the foreground). Artwork by Emiliano Troco.

The description is based on a single, but peculiar, large skull roof bone (the frontal bone) about 20 cm long, showing that the dinosaur was characterized by a dome-like prominence above its eyes. For this reason, the origin of its name is from Sauron, fictional character pf The Lord of the Rings created by J.R.R. Tolkien (1892-1973) that has the aspect of a big eye, and ops, Greek for ‘eye’.

Sauroniops lived in a deltaic tropical environment extending along northern Africa 95 million years ago, together with other giant predatory dinosaurs like Carcharodontosaurus and Spinosaurus, large crocodiles, and giant lobe-finned fishes. 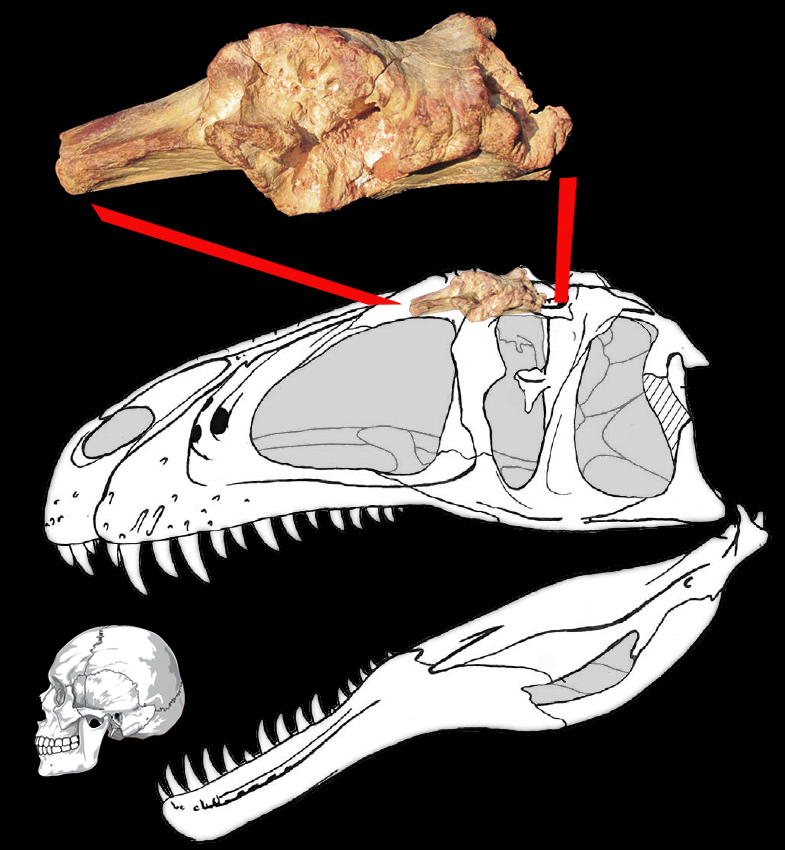 The bone of Sauroniops and its position in the skull. A comparison of the Sauroniops skull size with that of the human skull. Andrea Cau.

The size of the skull bone of Sauroniops (see Figure 1) suggests an animal about 10-12 meters in length.

The function of the thickened skull bones and the dome-like prominence above the eye of this dinosaur is unclear. Possibly the males of this species engaged in head-butting clashes during the reproductive season, as in modern bovids with similar skull thickening.

More in this category: « Friularachne rigoi, a small spider contemporary with the early European dinosaurs Miocene micromammals from the Tudela Formation »
back to top