The pelvis of Pau, under study 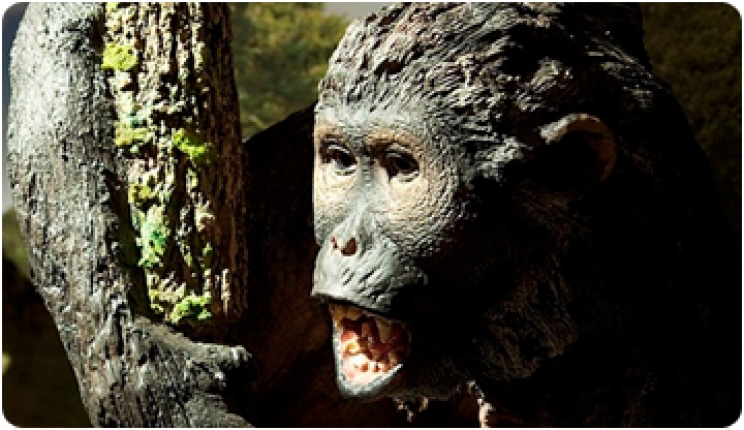 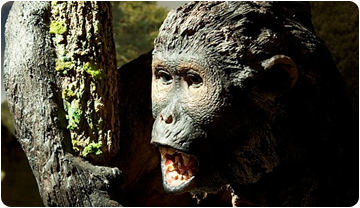 An international team of collaborators from the University of Missouri and the Institut Català de Paleontologia Miquel Crusafont describe the pelvis of Pau (Pierolapithecus catalaunicus) found in 2003 at Abocador de Can Mata (els Hostalets de Pierola, Catalonia, Spain), in an article published online in the Journal of Human Evolution. More than eight years after the publication of the discovery of Pau in Science Magazine, his fossils are still being studied and giving rise to new scientific publications.

The pelvis is a particularly informative region of the primate skeleton for inferring locomotion, but few have been recovered from the fossil record of Miocene apes. So far, just two pelves had been discovered, belonging to Proconsul nyanzae, a primate of the Proconsulidae family that lived in Africa about 18 million years ago, and Oreopithecus bambolii, an hominoid about 8 million years ago.

The article published online in the Journal of Human Evolution and signed by the researchers Ashley Hammond at the University of Missouri and David M. Alba, Sergio Almcécija and Salvador Moya-Solà, from the Institut Català de Paleontologia Miquel Crusafont, describes the pelvis of Pierolapithecus catalaunicus (commonly known as Pau) a stem hominid that lived about 12 million years ago in the Vallès-Penedès Basin (Catalonia, Spain). 83 bones or bone fragments were recovered from Pau skeleton, two of which correspond to the pelvis and have been analyzed in detail in this article. 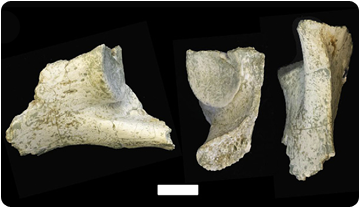 Pau pelvis is composed of a fragment of the ilium (the bone in the upper part of the pelvis) and one of the ischium (the lower and back part of the hip bone). Although the ischium consists of just a small fragment, the preserved morphology appears consistent with Proconsul nyanzae, suggesting a rather primitive form. Other studies of the postcranial skeleton confirmed that Pierolapithecus catalaunicus showed primitive adaptations for quadruped movement over the branches. 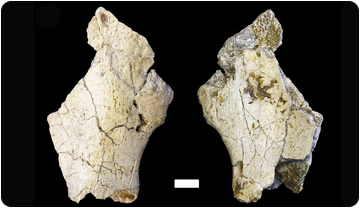 However, the ilium was relatively more flaring than Proconsul nyanzae, which is an important change in anatomy that occurred between Proconsul and the extant apes. In addition, another part of the ilium (the iliac tuberosity) is estimated to have an intermediate width between extant great apes and monkeys, which reinforces the hypothesis that Pau showed orthograde behaviours (erect trunk) that allowed him to climb vertically.

The pelvis of Pau also suggests that some morphological pelvic features seen in great the great apes alive today evolved similarities in parallel rather than inheriting the similarities from shared ancestry.

More in this category: « The rise and fall of South American Miocene crocodiles The unique gait of Jordi, the Hispanopithecus laietanus from Can Llobateres »
back to top