Cairanoolithus: a large egg for a small dinosaur with wide hips 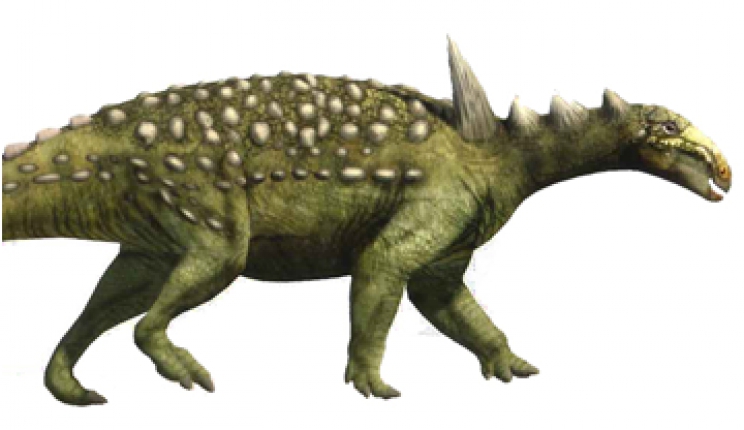 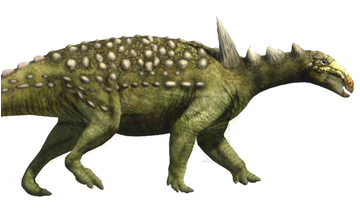 The study of the microstructure of the eggshell of Cairanoolithus conducted by Albert G. Sellés and Angel Galobart, both researchers at the Catalan Institute of Palaeontology Miquel Crusafont (ICP), reveals that this egg type does not belong to sauropod dinosaurs but to ankylosaurs, and probably to Struthiosaurus, a genus of armored dinosaurs. The finding would represent the first description of thyreophora eggs (a group that includes ankylosauria and stegosauria) in the world.

It is an arduous task for paleontologists to assign the fossil eggs they found in excavations to a certain dinosaur species or group of dinosaurs, especially because the lack of bones of the parents in the nests and the low probability to find embryonic remains that would help in the taxonomic assignation of the eggs. Thus, we often do not known who laid a certain fossil egg. These limitations have led scientist to design a specific system for naming and classifying fossil eggs, using concepts such as "oogenera" and "ooespecies" for its phylogenetic classification.

Cairanoolithus is an oogenus discovered and described in the early 90’s. It takes its name from the first place where it was found, a site near La Cairanne, a small town from southeastern France. From then on, Cairanoolithus has been found in 25 different sites. These eggs are between 72.2 and 71.4 million years old, they are large (over 15 cm in diameter) and have a rounded shape. These two last characteristics are typical for sauropod eggs, large herbivorous dinosaurs with long necks and tails. Because that, Cairnanoolithus has been historically ascribed to this group of dinosaurs.

In a study published in the journal Historical Biology, paleontologists from the ICP refuse this assignment after the analysis of the microstructure of the shell of Cairanoolithus.  “Through the microscope we observe nearly smooth egg-surface and a pore system usually seen in ornithischian eggs, not in sauropod ones", says Albert G. Sellés, author of the study. Ornithischia is a very diverse group of dinosaurs that includes well-known forms such as Triceratops andIguanodon. In Europe, the most abundant group of ornithischians is Hadrosauria (or duckbill dinosaurs). "The most puzzling question, however, is that in the period in which Cairanoolithus occurs, there were no hadrosaurs in Europe!" said Sellés. So, who laid those eggs? 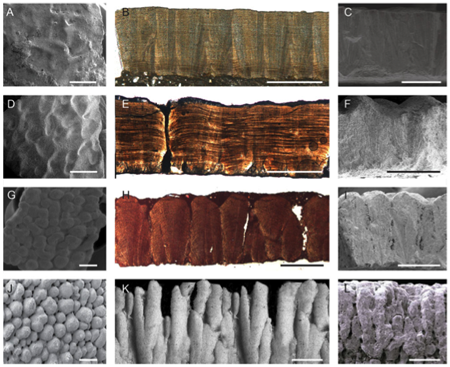 Images of the surface (A,D,G and J), section (B,E,H and K) and the pore system (C,F,I and L) of different types of dinosaur eggs. First line (A,B and C) is Cairanoolithus. (ICP)

The structure of the shell and phylogenetic analyzes have led the researchers to propose a new hypothesis to solve this riddle. Beside hadrosaurs, European ornithischians are also represented by rhabdodontids and nodosaurids, which were present in the same time that Cairanoolithus, but their eggs remain unknown. Researchers conducted an anatomical study comparing the size of the eggs with the size of the pelvic opening of rhabdodontids and nodosaurids and concluded that the only genus with a pelvic channel wide enough to deliver this egg was Struthiosaurus.

If this hypothesis is correct, Cairanoolithus would be the first and only thyreophora egg, the group of dinosaurs that includes ankylosaurids and stegosaurids, known so far.

A dinosaur with spikes

Struthiosaurus (meaning "ostrich-lizard") was an herbivorous dinosaur that lived throughout Europe (its remains have been found in Austria, France, Romania and Spain) between 83 and 69 million years ago. It was about three meters long, weighed between 300 and 400 kilos and had an armor of bony plates that protected much of the body. It also had large spikes on the shoulders, tail and neck. The genus was described in 1871 and, despite its name, is not related to modern birds.

In recent years southwestern Europe have outstanding by yielding a rich and diverse records of dinosaur eggs, including those of sauropods, theropods and ornithopods. This exceptional fossil record still holds many mysteries to solve.

More in this category: « The hominoids from the Vallès-Penedès subject of a new doctoral dissertation Training is key for present and future paleontologists »
back to top