The giant panda lineage: from China to Spain 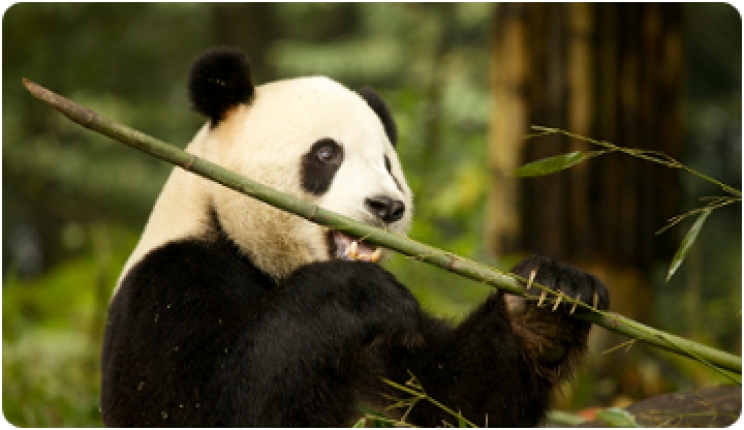 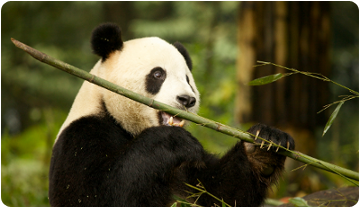 Researchers at the Institut Català de Paleontologia Miquel Crusafont (ICP) in collaboration with researchers at the National Museum of Natural Sciences (MNCN-CSIC), the University Complutense of Madrid (UCM) and the University of Valencia (UV) have just published in the prestigious journal PLOS ONE a paper describing a new ursid genus, Kretzoiarctos, which places the origin of the giant panda lineage in Spain for between 11 and 12 million years.

The giant panda Ailuropoda melanoleuca, currently living only in China, would have evolved from more basal forms, of which the oldest remains have been found in the paleontological sites Abocador Can Mata (els Hostalets of Pierola, Barcelona) and Nombrevilla 2 ( Daroca, Zaragoza).

The phylogeny of the giant panda, the typical black and white bears that eat bamboo in some mountain ranges in central China, has been the subject of debate among biologists and paleontologists for decades. Thanks to molecular data, we now know that it is an ursid, a sister taxon of current bears. But which and where its origins are are still unanswered scientific questions. 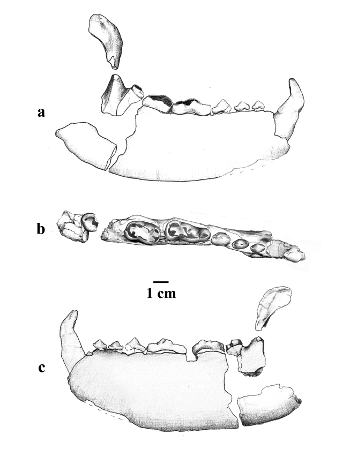 Until recently, the Chinese Upper Miocene fossils, between 7 and 8 million years ago, were the oldest remains of Ailuropodinae, the group that includes extant and extinct forms of giant panda. During the last years, there have been several publications presenting older fossils of this group in Europe, but the record was poor and did not allow drawing too many conclusions. The paper now published by PLOS ONE, led by Juan Abella of MNCN and with the participation of four researchers from the ICP, documents new giant panda remains found in the paleontological site Abocador Can Mata (els Hostalets of Pierola, Barcelona), which complement those found at the site of Nombrevilla 2 (Daroca, Zaragoza), and which allow to describe the oldest basal genus of giant panda. Kertzoiarctos is the name given to this new extinct panda, in memory of Miklós Kretzoi a Greek paleontologist who for many years led the excavations of the famous sites of Rudabánya (Hungary).

The remains found in Zaragoza were initially associated to genus Agriarctos, and had defined a new species, Agriarctos beatrix, similar to other Upper Miocene remains found in Hatvan, Hungary. Among these remains, however, there were no lower teeth, making it difficult to compare with the type species of the genus, Agriactos gaali. However, a new mandible of the same species, now found in Abocador Can Mata, has allowed the comparison of Spanish and Hungarian remains, and it has been shown that the differences are significant enough to describe a new genus of extinct giant panda. 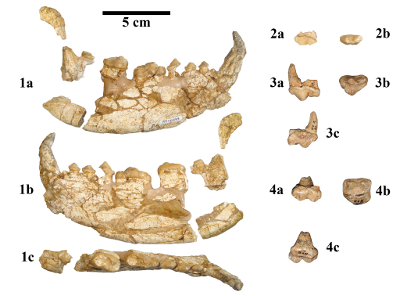 The study of the remains found so far sets the origins of the giant panda lineage in the Iberian Peninsula and, later, during the Middle Miocene the pandas would have spread across Eurasia. During the Plio-Pleistocene the distribution of this group would have been reduced to China and the Southeast Asia only. According to genetic methods, the Ailuropodinae drifted apart from the other subfamilies of extant bears during the Lower Miocene, about 20 million years ago.

More in this category: « A biped? The answer was a suspensor or a climber Mongolia and the Altai Mountains: origins of genetic blending between Europeans and Asians »
back to top