The birds that tweeted around the Flores Man 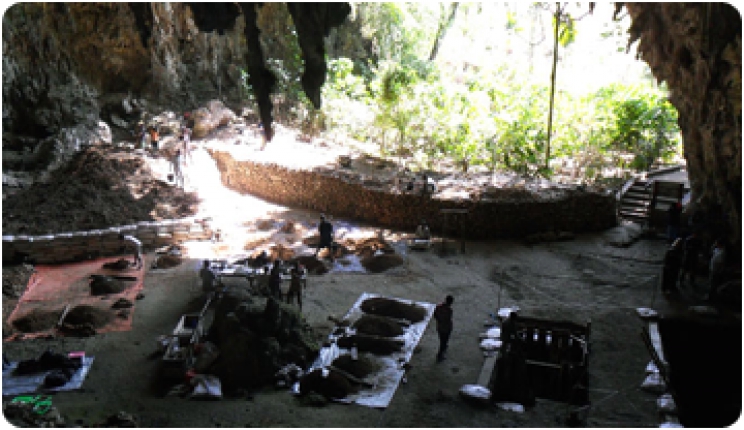 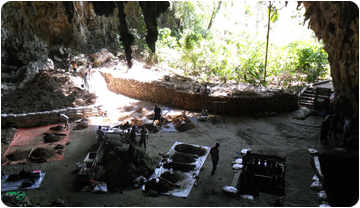 Hanneke Meijer, associated researcher at the ICP, has published the first comprehensive study of the fossil birds that lived in the island of Flores, in Indonesia, where Homo floresiensis (also known as “hobbit” because of his short height) was found in 2003. The article published online in the Journal of Vertebrate Paleontology identifies a total of 579 individuals including a giant marabou and an extinct species of vulture. The paper also describes differences between the bird fauna of the Holocene and Pleistocene, which are interpreted as a result of a climate change and possibly the arrival of modern humans to the island.

Liang Bua is a stunning limestone cave on the island of Flores in Indonesia, which for years has been providing a variety of spectacular fossils such as as pygmy elephants, Komodo dragons, various species of rats and bats, and perhaps the most “famous” of all of them, Homo floresiensis, the small hominid also known as the Flores Man or “hobbit”. The study of these enigmatic species has often overshadowed other important components of the Liang Bua faunal assemblage, as is the case for birds, a group with specific requirements with regard to their habitat. Thus, fossil birds can provide information about past environments.

Hanneke Meijer is a Beatriu de Pinós postdoctoral fellow within the department of Neogene and Quaternary faunas at the Institut Català de Paleontologia Miquel Crusafont (ICP). The article published in the Journal of Vertebrate Paleontology is the most comprehensive study done to date of the birds that lived on Pleistocene Flores Island, Researchers have classified 579 bird bones to the lower possible taxonomic level, and could assign 244 bones to non-passerine (birds other than songbirds) birds in 13 different families. 80% of the Pleistocene species identified in the study can be found still today on the island, while the rest are extinct. 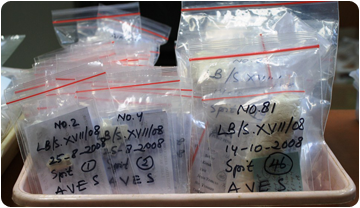 Bags of bird bones from the cave. Hanneke Meijer.

During the Pleistocene, the presence of parrots, swiftlets, doves, snipes, owls, plovers and sandpipers, among other species, suggest the existence of several habitat types around the cave, ranging from mature rainforests to grasslands, areas with freshwater bodies such as rivers or lakes and some areas with some less densely forested and open woodland. Among the non-passerine birds described in this paper, researchers found some large species as well, such as Leptoptilos robustus, a giant marabou that could grow up to almost 2 meters, and the vulture Trigonoceps sp., which is the first evidence for vultures in Wallacea. These large scavengers could have competed with each other for the carcasses of pygmy elephants that have been found inside the cave, and that were probably brought there by Homo floresiensis. 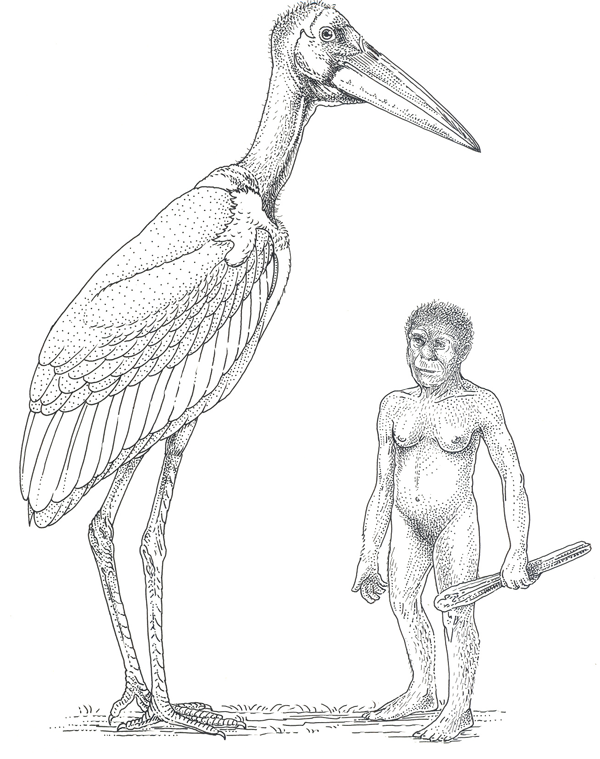 Researchers also noticed a change in the species represented in the fossil record between the Late Pleistocene (until ~ 10.000 years ago) and the Holocene (10.000 years ago to today). At the end of the Late Pleistocene, species associated with wetland areas and more humid environments decline in numbers. The giant marabou stork L. robustus and the vulture Trigonoceps sp. disappear from the fossil record at this time, while others, such as the Imperial pigeon or the Island Collared Dove appear only during the Holocene. Although this might reflect a change in local conditions, the change in avifauna coincides with a shift towards a drier climate at the end of he Pleistocene, about 30,000 years ago that would have led to a change from tropical monsoon forests to drier, and less densely forested habitats. This effect could have been amplified by the arrival of modern humans on the island. 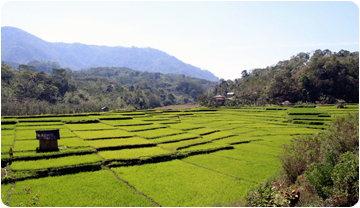 Alongside the publication of the paper in the scientific journal, the Scientific American blog published an article where Hanneke Meijer talks about her experience at the Liang Bua excavations from a more personal point of view.

More in this category: « Dental microwear analysis sheds new light on the diet of pliopithecids The rise and fall of South American Miocene crocodiles »
back to top