A strange couple: Mesopithecus and fossil macaques in the Late Miocene 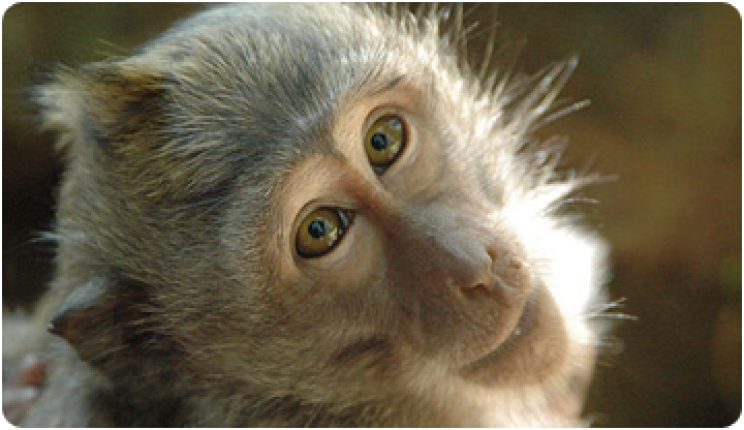 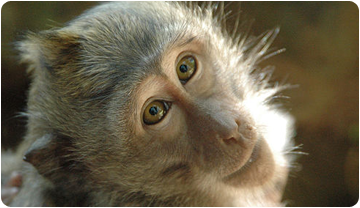 A study led by David M. Alba, researcher at the Institut Català de Paleontologia Miquel Crusafont (ICP), describes the association of the genera Macaca and Mesopithecus for the first time during the Miocene. The finding has been published in the Journal of Human Evolution and supports the hypothesis that macaques dispersed from Africa to Europe more than 5.3 million years ago, coinciding with a remarkable decrease in the level of the Mediterranean Sea. 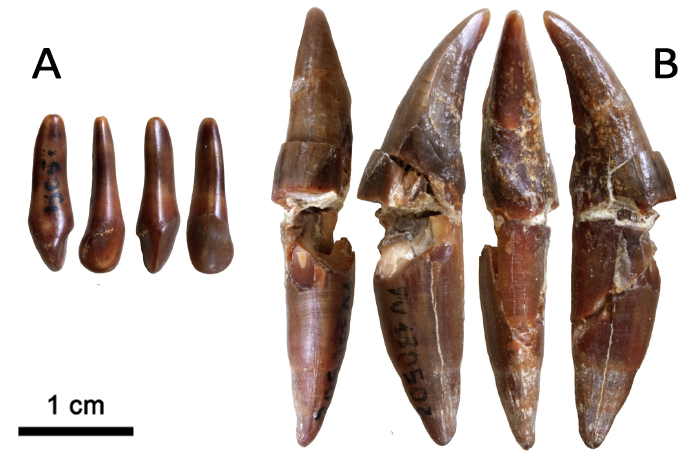 Different views of cf. Macaca sp. tooth (A) and M.pentelicus (B) found in Moncucco Torinese site

David M. Alba, Head of the group of Neogene and Quaternary Faunas at the Institut Català de Paleontologia Miquel Crusafont (ICP) together with researchers from the University of Turin and the American Museum of Natural History in New York, described this association in an article published this February in the Journal of Human Evolution. The relevance of the discovery does not lie in the presence of Mesopithecus, whose remains are quite abundant in several European sites, but by the concurrence with macaques, which are quite rare in the Miocene. In fact, this is only the second time that macaque’s Miocene fossils are identified throughout Eurasia.

The article supports the hypothesis that macaques dispersed from Africa to Europe in the late Miocene (between 5.9 and 5.3 million years ago), coinciding with a remarkable decrease in the level of the Mediterranean Sea ranging between 1,500 and 2,500 meters, when the Strait of Gibraltar closed tight and the sea partially desiccated. This geological phenomenon is known as the Messinian Salinity Crisis, because of the massive salt precipitation that occurred. This caused the mass extinction of marine species, but at the same time, allowed the dispersal of terrestrial plants and animals in the Mediterranean basin. During the Early Pliocene, about 5 million years ago, water refilled the Mediterranean.

The presence of these species of primates in the Italian Piedmont is consistent with previous paleoenvironmental reconstructions obtained from the analysis of vertebrate fossil remains from the sites of Moncucco Torinese, and point to a humid environment, with permanent water and a high density of trees, but also with some more dry and open habitats.

Mesopithecus, an old acquaintance in the fossil record

Mesopithecus is an extinct genus of cercopithecidae (the group of catarrhine primates including Old World monkeys, with current representatives as baboons, macaques and colobine monkeys, among others) that lived in Eurasia about 9.5 and 2.5 million years ago. The members of this genus had a body mass of about 10-15 kilos and displayed a combination of arboreal, colobine-like features coupled with some other characteristics more closely resembling those of semiterrestrial colobines. Their diet was also quite general (rather than eat many leaves as current colobines also ate fruits, especially hard seeds). 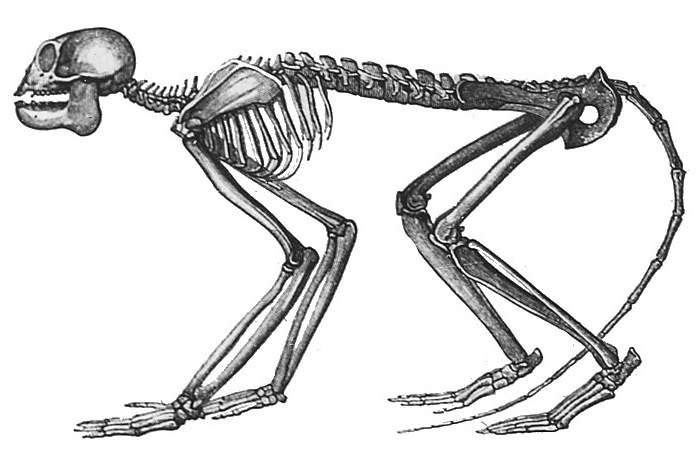 Reconstruction of the skeleton of Mesopithecus

The genus Mesopithecus was described in 1839 and in Europe researchers have identified fossils in several sites, which have allowed them to describe three different species: Mesopithecus pentelicus, Mesopithecus monspessulanus and Mesopithecus delsoni, although the latter is considered by many authors only as a subspecies of M. pentelicus. The species found in the Miocene, M. pentelicus, differs from M. monspessulanus mainly by its size, some morphological details of the teeth and some postcranial adaptations to a more terrestrial locomotion.

More in this category: « Disentangling the taxonomy of the Vallès-Penedès turtle Ptychogaster The skilled hands of the fossil hominoid Oreopithecus bambolii »
back to top