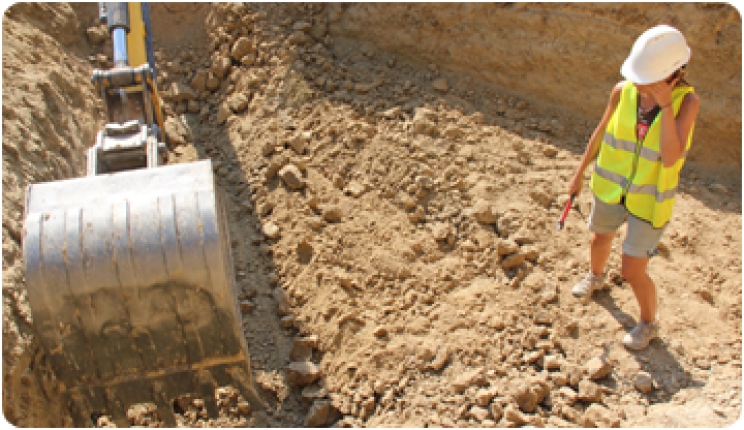 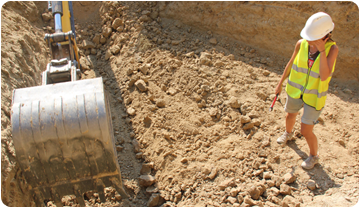 ICP researchers have finished this past October the campaign at the site of Castell de Barberà. The aim of the performances this year has been to study the area in order to date accurately this site, unique for the presence of small primates and great apes in the same fossiliferous levels. In 2011 the new species of pliopithecidBarberapithecus huerzeleri was described from remains found in the ‘70 by Miquel Crusafont in this site..

The paleontological site of Castell de Barberà is relatively close to that of Can Llobateres (Sabadell), and although it is believed that the former is older, it has not been possible to accurately determine its age. It was long assumed that this site was older than 11 million years, comparable to several places of Abocador Can Mata (in Els Hostalets Pierola). However, there are reasons to think it might be slightly more modern, from about 10 million years ago, in the Vallesian age.

This last campaign, co-directed by Sergio Almécija, expert in human evolution and anthropoid primates associated researcher at the Institut Català de Paleontologia Miquel Crusafont (ICP) and researcher at Stony Brook University (New York) and Salvador Moyà, ICREA Research Professor and director of ICP, has been aimed at understanding the geology of the area to determine more precisely the age of the fossils found so far. This year's work has focused on opening geological sections nearby the slope of the river.

In 2011, ICP researchers described a new species of pliopithecid, Barberapithecus huerzeleri, a small primate, considered one of the first modern monkeys found in Catalan sites. Pliopithecids are an exclusively Eurasian group, although originated from African ancestors yet to be determined. Castell de Barberà remains of a great ape were also found, but it has not been possible to assign these fossil remains to any known genus yet. The presence of pliopithecids and great apes in the same area is very uncommon. 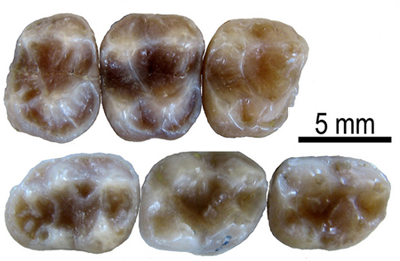 The mammal fossil fauna of the site includes typical taxa of the late Middle or early Late Miocene, including manyartiodactyls, perissodactyls and proboscideans, as well as carnivores and small mammals such as rodents, insectivores, etc. Among artiodactyls highlights the presence of one of the smallest known swine (Albanohyus castellensis), while among carnivores highlights the false sabertooth of the Barbourofelidae family (Sansanosmilus jourdani).

The project for the exploration and excavation of the site Castell de Barberà 2014 has been chosen in the top three, among a hundred of applications received by the Leakey Foundation of the United States, that has funded for work this year. Nevertheless, the institutions implied in the project are already working to get more funding to continue excavating in this site for about 3 years more.

More in this category: « 3D laser scan reveals hidden secrets of the dodo Official inauguration of the new ICP building »
back to top