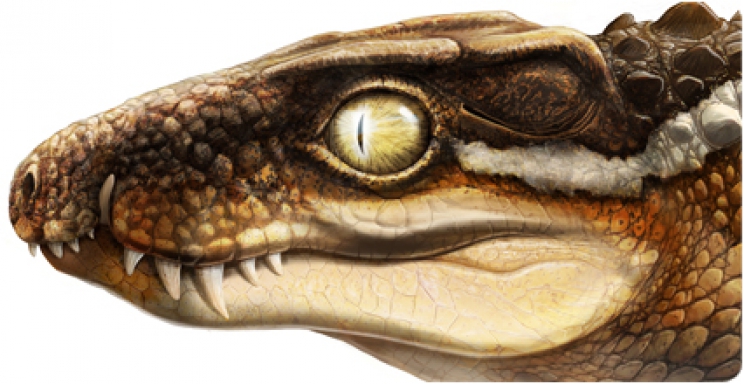 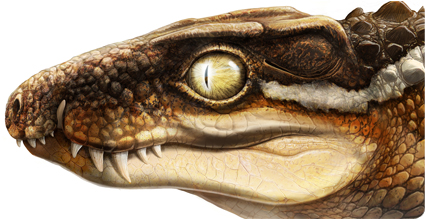 A study led by Albert G. Sellés, researcher at the Institut Català de Paleontologia Miquel Crusafont (ICP), describes the new species Ogresuchus furatus from fossil remains found in Coll de Nargó (Catalonia, Spain). It was a quite small crocodile that could have fed on dinosaur hatchlings. The fossil was stolen shortly before its extraction in 2013 and recovered few weeks later thanks to the intervention of the Mossos d'Esquadra, the Catalan police.

The team formed by researchers from the ICP, the Conca Dellà Museum, the Universidade da Coruña, and the Universitat de Barcelona has named the new species Ogresuchus furatus, meaning "the crocodile-ogre that was stolen", recalling the mishap when the fossil was discovered in June 2013. The night before the planned date for the extraction, a strange stole the partial skeleton from the Mirador del Cretaci site (Coll of Nargó). The location of the fossil remained unknown whereabouts for several weeks. The intervention of the Historical Heritage Unit of the Mossos d'Esquadra (the Catalan police) identified the offender and recovered the fossil in a rather bad state of conservation.

According to the results of the study published in Scientific Reports, the skeleton belongs to the new species of the sebecid family, a group of widespread terrestrial crocodiles from the Paleocene and Middle Miocene (from 66 to 15 million years ago). This 71.5 million-year-old fossil represents the oldest representative of that group ever discovered. "Ogresuchus is 10 million years older than any other sebecid known to date, so this finding drives us to redefine the evolutionary history of the whole family", says Albert G. Selles, who led the research. 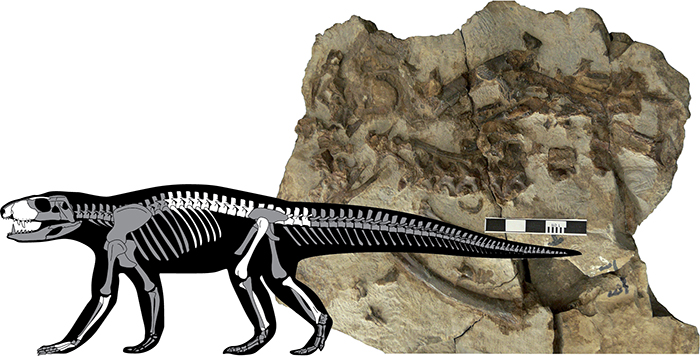 The main feature of sebecids is that, unlike extant crocodiles, they had their limbs under their body. "This anatomical trait would have allowed the animal to move in a similar way to extant mammals and become efficient predators", explains the paleontologist. The remains from Coll de Nargó were found less than half a meter from a nest of titanosaur eggs, and were surrounded by large eggshells fragments. The researchers suggest that the crocodile would have occasionally fed on the hatchlings. "Probably the young dinosaurs were not its main source of food, but they would have been an easy prey according to the anatomical features of this crocodile that would not have wasted the opportunity to predate on them", accounts Sellés.

The article reveals that Ogresuchus was a quite small animal, less than a meter long. Its curved dentition along with the slenderness of its legs suggest that this crocodile could be a very agile predator and able to hunt on small prey. In order to see the anatomical details without putting into risk the preservation of the fossil, the research team carried out a computed tomography (CT) scan.

The exceptional fossil record of the Catalan Pyrenees

More than 66 million years ago, the Pyrenees were a plain of tropical vegetation, an area of ​​brackish wetlands with a great diversity of fauna, including titanosaurs and hadrosaurs, as well as numerous species of crocodiles, turtles, fish, lizards, and frogs.

The dinosaurs from the Pyrenees were the last to live in Europe before their extinction throughout the world. For more than 10 years, researchers from the Institut Català de Paleontologia Miquel Crusafont have organized fieldwork campaigns, the results of which have led to hundreds of scientific publications on the faunas that populated the Pyrenees during the Mesozoic.

At the same time, the dissemination project “Dinosaures dels Pirineus” promoted by the ICP tries to disseminate this extraordinary fossil record to the general public through museums and exhibition halls, such as the Museu de la Conca Dellà (Isona, Pallars Jussà) or Dinosfera (Coll de Nargó, Alt Urgell).

The Institut Català de Paleontologia Miquel Crusafont (ICP) is a non-profit institution devoted to research on vertebrate paleontology, as well as the conservation and dissemination of paleontological heritage to the highest international level. The ICP was established as a public foundation with a board of trustees formed by the Generalitat de Catalunya and the Universitat Autònoma de Barcelona (UAB). The ICP also part of iCERCA (Institució CERCA, Generalitat de Catalunya) and is ascribed to the UAB.

More in this category: « Thesis defenses in times of pandemic: Joan Femenias and his PhD work on the Eocene primate Agerinia New insights on the diversification of large toothed pterosaurs »
back to top