ETN PUSHH: Paleoproteomics to study the evolution of the human lineage 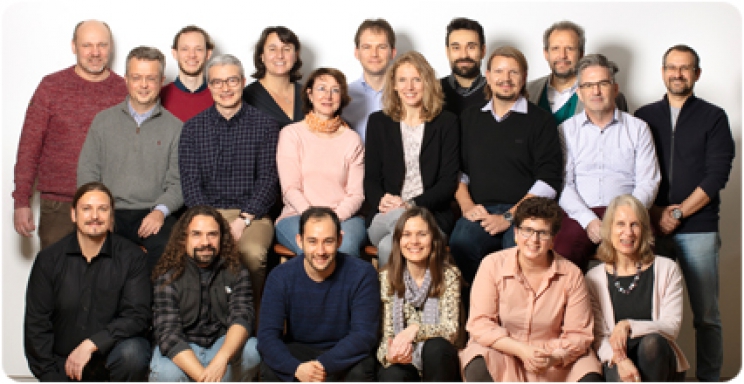 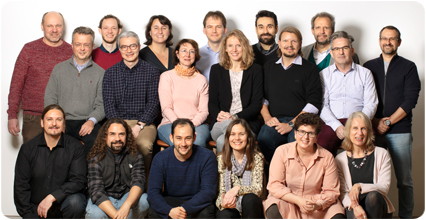 The Institut Català de Paleontologia Miquel Crusafont (ICP) participates in a European Training Network (PUSHH) led by the University of Copenhagen (Denmark) that aims to provide international doctoral training to study the evolution of the human lineage through the analysis of ancient proteins from tooth enamel.

European Training Networks (ETNs) include public and private centers aiming to train highly skilled early-stage researchers in an innovative field of science. ETNs are a modality of Innovative Training Networks (ITNs), a type of Marie Skłodowska-Curie action within the Horizon 2020 program funded by the European Commission. The PUSHH (acronym of Palaeoproteomics to Unleash Studies on Human History) consortium, aimed to provide international doctoral training paleoproteomics applied to paleontology, paleoanthropology and archeology, is made of 11 host and 8 partner institutions .

The ICP participates in the PUSHH ETN as a partner organization. Three group leaders of the ICP research groups (David Alba, Salvador Moyà-Solà and Josep Fortuny) are involved, coupled with ICP research associate and director of the Institut de Biologia Evolutiva (IBE, UPF-CISC) Tomàs Marquès-Bonet, representative of the UPF as beneficiary institution. Other researchers linked to the ICP involved in the PUSHH ETM include Lorenzo Rook (University of Florence), member of the ICP Scientific Advisory Board, and Clément Zanolli (University of Bordeaux), who regularly collaborates with ICP researchers.

As part of this project, the Universitat Pompeu Fabra (UPF) offers a PhD project (“Molecular-based phylogeny of the hominoids from the Vallès-Penedès Basin”) that will be supervised by Tomàs Marquès-Bonet and David Alba: http://bit.ly/2vB9fAj

In recent decades, DNA research has transformed dramatically paleoanthropological research, providing a vast amount of information on the evolution, migration, and hybridization of human populations in the past. Despite the amazing results that paleogenomics can offer, its techniques have limitations when it comes to addressing the more distant past. To date, genomic data from samples older than 700,000 years have not been retrieved.

On the other hand, proteins represent a much more stable source of genetic information, recently reported to survive up to 3.8 million years (Ma), in dental enamel and eggshells. Thus, the study of proteins allows to shed light on a past that DNA techniques cannot reach. These techniques have the potential to revolutionize the study of long extinct animals by recovering molecular information from fossils that are several million-years-old, in the same way as paleogenomics does for the last few hundred thousand years. However, paleoproteomics is a relatively new discipline, so the main aim of this ETN is to train new professionals in this filed.

A good example of the potential of paleoproteomics is a recent published paper with the collaboration of the ICP on the evolution of the extinct hominoid primate Gigantopithecus through the analysis of proteins held in tooth enamel of one of its molars. One of the goals of the ICP's participation in the PUSHH ETN is to try to recover proteins from some of the Miocene primates that have been described from the Catalan fossil record.

More in this category: « The navicular bone of Anchomomys provides new clues about its locomotion behavior Women at the ICP »
back to top