First known record of fossil pangolins in the Iberian Peninsula 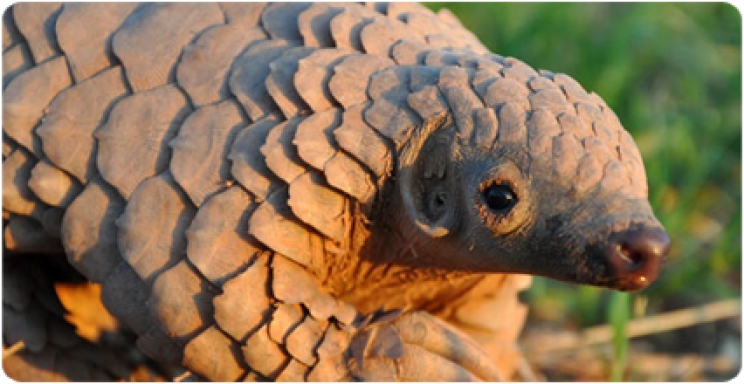 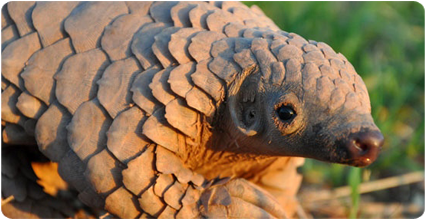 A team of paleontologists led by the Director of the Institut Català de Paleontologia Miquel Crusafont (ICP), David M. Alba, has reported in the Journal of Vertebrate Paleontology a 16-million-year-old pangolin femur from the site of Can Cerdà in the Vallès-Penedès Basin (NE Iberian Peninsula). Pangolins currently live in Asia and Africa, but in the Miocene they were recorded in Europe. The specimen represents the first record of fossil pangolins in the Iberian Peninsula and has been assigned to the extinct genus Necromanis, which retains several primitive features compared to extant genera.

Pangolins (or scaly anteaters) are currently represented by three extant genera, which differ in geographic distribution and locomotor adaptations. Asian pangolins are included in genus Manis, whereas African ones are included in Smutsia (ground pangolins) and Phataginus (tree pangolins). However, during the Eocene pangolins ranged from Asia to North America, and subsequently in the Miocene they are exclusively recorded in Europe, where they are represented by the extinct genus Necromanis, of uncertain relationships with the living species. Several species of Necromanis are distinguished from the Oligocene and Miocene of Europe, being generally represented by fragmentary fossil remains.

David M. Alba and colleagues report a 16-million-year-old pangolin femur, attributed to Necromanis, that represents the only known record of this group in the Iberian Peninsula, and which is more completely preserved than previously known femora of this genus. Somewhat surprisingly, the femur was excavated several decades ago from the early Miocene site of Can Cerdà, being first mentioned in print by Miquel Crusafont in 1975. The material was never figured or described, and it was apparently forgotten, to such an extent that the record of fossil pangolins in the Iberia has been omitted from all the papers published on this group for more than twenty years. The research has been published in the Journal of Vertebrate Paleontology. 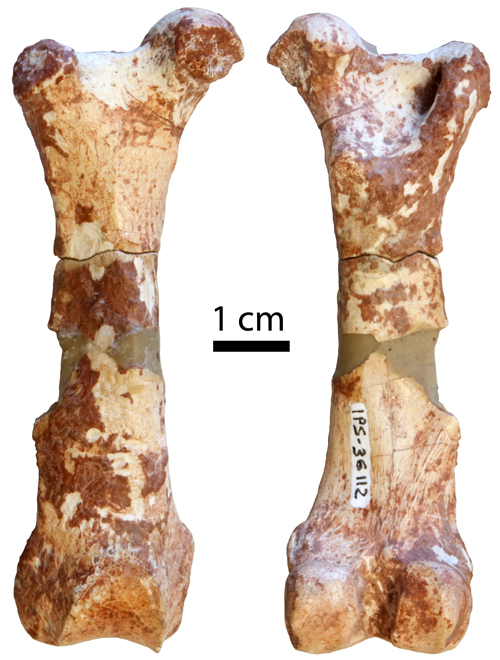 By reading old papers by Crusafont, Alba discovered the existence of the specimen and it was relatively easy to locate the specimen among the ICP collections. “It is not infrequent that researchers recover extraordinary fossils in museum drawers and cabinets; however, it is most unusual to discover such fossils from the collections of one’s own institution by reading the literature published forty years ago!”, explains the researcher.

The Can Cerdà femur generally resembles that of Necromanis and other extinct pangolins in being more primitive than those of the extant representatives of the group, as shown among others by the retention of a small depression (fovea capitis) on the femoral head or the presence of a well-developed third trochanter protruding from the bone shaft. It is uncertain if the slight differences displayed by the specimen relative to other femora of Necromanis merely reflect normal variation among individuals of the same species or whether they might indicate a distinct species status. Given the scarcity of available remains, the specimen is tentatively assigned to Necromanis cf. franconica, which was previously recorded from the Miocene of France and Germany.

The site of Can Cerdà was a clay quarry located close to the homonymous farmhouse, in the municipality of el Papiol. Unfortunately, the site does not exist anymore, so it is not possible to excavate it further in the search of additional pangolin remains. However, ongoing paleontological research by the ICP Neogene & Quaternary Faunas research group in the early Miocene of the Vallès-Penedès Basin will hopefully contribute to additional surprising discoveries in years to come.

More in this category: « Stress affected the reproduction of the last European titanosaurs The ICP receives the “HR Excellence in Research” award »
back to top