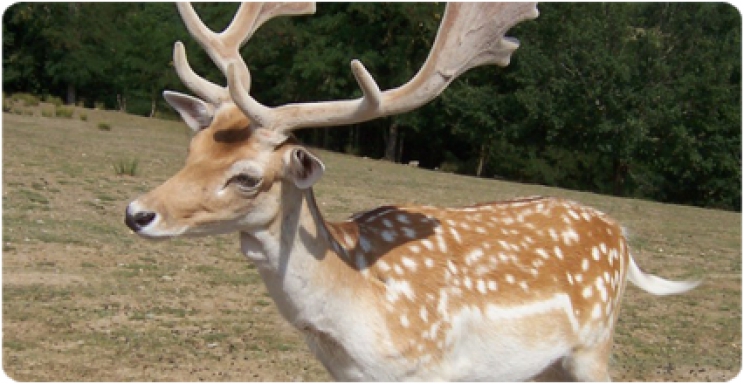 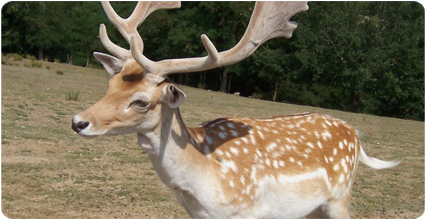 An international team of researchers including Daniel DeMiguel, from the Institut Català de Paleontologia Miquel Crusafont (ICP), have analyzed the three dimensional structure of the inner ear of several extant and extinct species of deer. The study, published in Scientific Reports, has shed light on the origin and evolution of this group, one of the most diverse families among mammals.

The evolution of the deer family is an enigma that has not yet been fully unraveled. The origin, evolution and relationship among living and extinct species in this family still harbor many questions. In the study published this week in Scientific Reports (Nature group), a team of scientists from Switzerland, Spain, France, UK and China has used CT (Computed Tomography) techniques to build a three dimensional model of the inner ear of 29 species of deer.

"The inner ear is a structure of great relevance for paleontologists, not only because it is the responsible organ of the sense of balance, hearing, and certain traits of locomotion, but also because its morphology is different in each lineage, so its extremely useful to classify specimens precisely, and test hypotheses about its origin and evolution", explaines Daniel DeMiguel, researcher at the Institut Català de Paleontologia Miquel Crusafont (ICP). "These techniques allow us to measure precisely this structure and analyze how its morphology has evolved over the time”, commented the researcher.

This quantitative analytic method has proved its precision, as conclusions about the relationships among species in this group are consistent with data obtained by DNA analysis. The study clarifies some issues unknown so far, i.e. that Pleistocene giant deer Megaloceros is closely related to the fallow deer, despite body size differences. In a similar way, the research reveals that the antlerless with saber-toothed canine Chinese water deer belongs to the group including the moose and the roe deer. 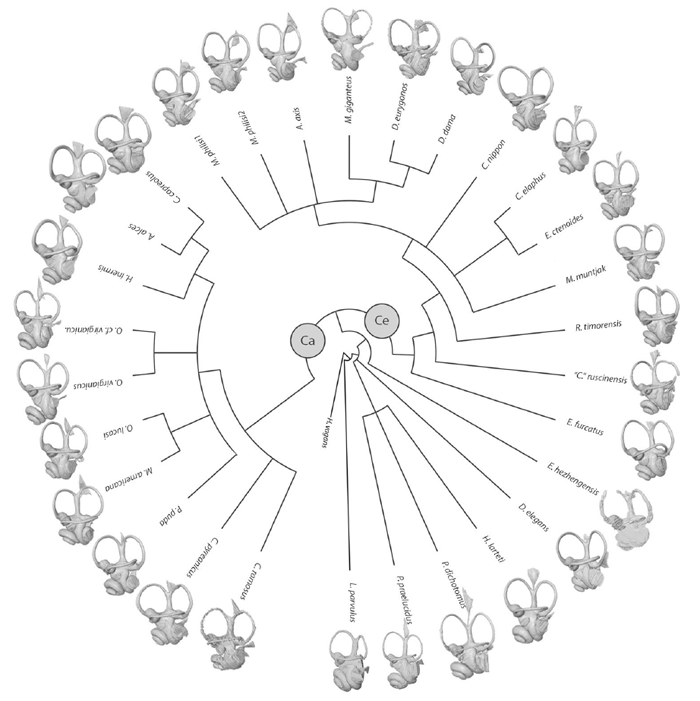 Deers (family Cervidae) include 55 different living species. Is one of the most diverse families of all artiodactyls (a group that includes giraffes, bovines, musk deer, etc). They live in all continents of the world except Australia and Antarctica, although this group is specially represented in South America and Africa. Their habitats range from the frozen tundra in Greenland to the equatorial forests of India.

The study also reveals that the large extant biodiversity of this family originated around 15 million years ago, 4 to 8 million years earlier than previously though. Thus, the diversification of this group occurred between 6.5 and 3 million years ago, during glacial periods. This is probably related to the development of the deer complex social organization, including male confrontation during the shorter mating period.

More in this category: « The ICP presents 30 abstracts at the EAVP 2017 Stress affected the reproduction of the last European titanosaurs »
back to top