The riddle of the giant birds on the island of Lanzarote 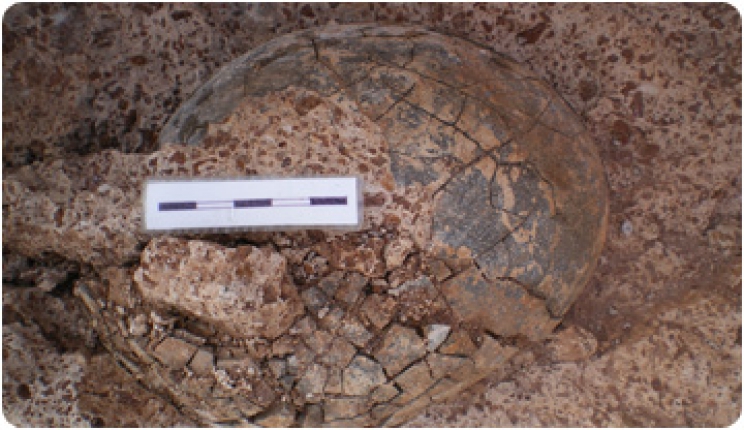 ICP investigator Antonio Sanchez Marco and his team, funded by the Cabildo de Lanzarote and using the ICP, have completed excavations in search of an answer to the existence of giant birds on the island of Lanzarote. The research was presented today at a press conference by President of the Cabildo de Lanzarote, Pedro San Ginés, and the Minister of Heritage Institution's first island, Juan Antonio de la Hoz, accompanied by the Head of Heritage Service Nona Perera.

The island of Lanzarote situated on the canaries archipelago, is a volcanic-oceanic island, meaning that emerged from the ocean after successive eruptions and was never connected to the mainland. However, this island was populated by ratites, flightless birds probably the group of ostriches, who inhabited the island 5 million years ago. The question is clear. ¿How did these birds to migrated to Lanzarote when never before had migrated to other oceanic island? ¿And what are the geological processes and climatic condition of its existence?
This conundrum has mobilized Antonio Sanchez Marco, director of research of the Miocene deposits in Lanzarote and researcher of the ICP, due out in search of answers. While Sanchez Marco has spent years studying canary birds, always in newer fields, not until now that he decided to study the puzzle posed by these birds and have not been able to unveil until today. The new remains and archaeological excavations found in fresh can help solve it.

The team first visited the island in 2009, to conduct survey of the fossil site and verify that they were really Miocene ratites, since they are not working in these fields for 30 years.
In 2011, after obtaining the necessary funding, the team led by Marco Sanchez returned to the island to excavate three sites north of Lanzarote, the site of Valle Grande, the site of Valle Chico and Gusa Source field.
They found several shells of eggs and two whole eggs of ratites. They also found several vertebrae and teeth of reptiles in the same period Miocene-Pliocene-made between 5 and 6 million years- which probably belonged to a hitherto unknown snake in the Canaries. 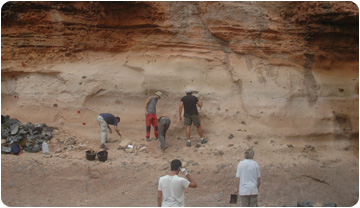 The three upper Miocene deposits of Orzales, north of Lanzarote are located in the eastern and western slopes of the massif of Famara. The sandy sediments containing fossil shells were accumulated by the action of wind in a relatively short period at the end of the Miocene-makes about 5.5 million years.

In the course of this expedition have been found two new fields, so that, we can speak of an island with a wealth of paleontological greater than previously thought so far.

while the findings of eggs of ratites are known from the mid-60 still cannot give a coherent and convincing to the dilemma posed by these birds on the island of Lanzarote.

Over the years, various explanations have been outlined, but all collide with contrary evidence, so there are several problems to solve before we can address the enigma of the arrival of ratites to the island.

Research on this issue must combine biology with internal geodynamics of the region and the paleoclimatic conditions of the period to which they belong fossils, so the understanding of the data obtained in this last campaign a little closer to the answer sought. The enormous intellectual challenge proposed by this research, makes the dilemma of ratites paleobiogeographical one of the topics most intriguing today.

This article was written by Carolina D'Amico Ongaro student in the Master in Scientific, Medical and Environmental comunication, UPF.

More in this category: « The Granada Basin, the southern refuge for Desmanella Islands and Elephants »
back to top