Evolution in an island, the secret for a longer life 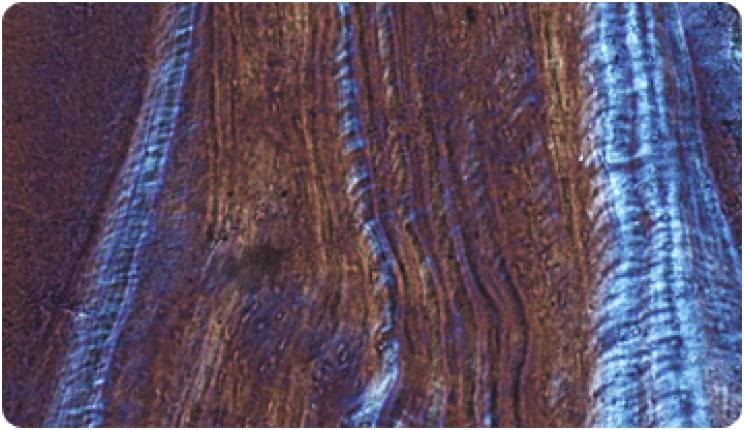 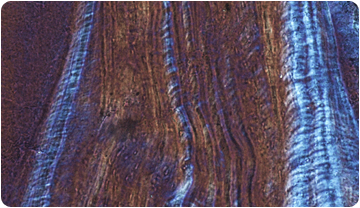 Histological section of a Myotragus balearicus tooth analyzed in polarized light microscopy. Note the annual growth lines of dental cementum, which is a widely used techniques for estimating age of animals in wild. Xavier Jordana. ICP

ICP researchers published today in the 'Proceedings of the Royal Society B' one of the first fossil-based evidences supporting the evolutionary theory of ageing, which predicts that species evolving in low mortality and resource-limited ecosystems tend to be more long-lived.

The study shows that the tooth height of endemic insular mammals is an indicator of longevity, and questions the use of this morphological characteristic as an exclusive indicator to infer the diet of fossil species, and to interpret the climate in which they lived.

Island systems often function as natural laboratories to test evolutionary hypotheses, since they are less complex than continental systems. Increased longevity of insular endemic species is an adaptation that the evolutionary theory of ageing predicts, as part of an evolutionary strategy that pushes the islands’ endemics to a slower life cycle, due to the absence of predators and the limited resources. In this context, Xavier Jordana and the researchers who sign the work published today in the online edition of the Proceedings of the Royal Society B wonder if the increased height of the teeth of herbivores endemic to islands  may be an evolutionary response to this longevity. This would call into question the consensus that so far explained this morphological characteristic from differences on diet and climate.

The paper "Evidence of correlated evolution of hypsodonty and exceptional longevity in endemic insular mammals" concludes that indeed Myotragus balearicus, the fossil species chosen for this study, needed higher teeth to get to live as long as it did. Hypsodonty, as experts call  having a high dental crown, can be an indicator of long-lived species.

As explained by the ICP researcher Xavier Jordana, lecturer at the Universitat Autònoma de Barcelona (UAB) in the masters in Human Biologya and in Paleontology and main author of this work, "the study focuses on a fossil species, but our results have implications for herbivorous mammals in general, extinct and extant, and especially in insular endemic species. The latter share some common characteristics, known as the island syndrome, which are different from their mainland relatives, as they evolve in special ecological conditions, such as the lack of predators, high population density and limited resources.” 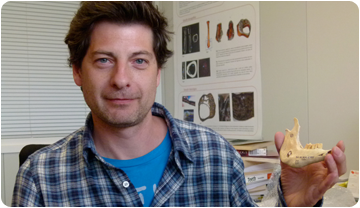 The research now published analyzes the diet, longevity and mortality patterns of M. balearicus, a fossil bovid endemic to the Balearic Islands. The paper concludes that, despite being extremely hypsodont, M. balearicus was mostly a browser, that fed on leaves and shoots of trees and shrubs, and probably also tubers and roots, which involve excessive abrasion of the teeth because they have to dig into the ground to reach them. They did not have such an abrasive diet as grazers, which feed mainly of grasses and, therefore, exhibit higher teeth. The feeding habits, however, are not sufficient to explain the hypsodonty of Myotragus.

By analyzing M. balearicus longevity from annual growth lines of the teeth cementum, the researchers obtained a calculation of about 27 years, almost doubling that expected for a bovid of such body mass. In addition, the study of mortality patterns in two populations of M. balearicus, one from Cova Estreta and another from Cova des Moro in Mallorca, show juvenile and adult survival rates higher than in extant continental bovids. This means that a large proportion of the population reached greater ages and, therefore, M. balearicus was a species with a slow senescence rate, ie. with late ageing.

These results are consistent with the evolutionary theory of ageing that predicts the delay of senescence in populations with low extrinsic mortality. In an environment where few external elements can cause death of individuals, such as the lack of predators on an island, the species adapts by changing its ageing rate and lifespan. For herbivores one way to do that is to select those individuals in the population with higher teeth, for which senescence starts later. 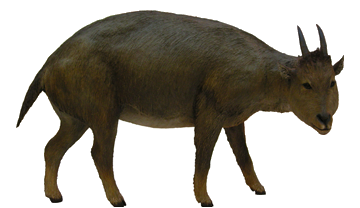 Myotragus, a model for evolution studies

The fossil genus Myotragus has been an ideal model for evolution studies in islands and M. balearicus is the terminal species, which became extinct about 3,000 years ago. Myotragus survived completely isolated in Mallorca and Menorca for more than 5 million years, from the Pliocene to the Holocene. During its evolution Myotragus underwent significant changes, particularly affecting the locomotor system and its body size, as well as its nervous system and feeding apparatus. Dwarfism, reduced brain size and changes in dentition are the most distinctive evolutionary traits. Many of these morphological features are shared by all the island fauna, as is the case with the increased crown height of the molar teeth.

The study is based on fossil remains of M. balearicus, recovered at different sites of Mallorca, especially Cova Estreta (Pollença), Cova des Moro (Manacor) and Cova Moleta (Sóller). Currently, these fossils are deposited in the collections of the Museum of the Miquel Crusafont Catalan Institute for Paleaontology in Sabadell, and of the Mediterranean Institute for Advanced Studies and the Balearic Museum of Natural Sciences in Mallorca.

More in this category: « Extinction threat to turtles Hispanomeryx, also in the Chinese Miocene »
back to top