With this thumb, fine motor skills come for free 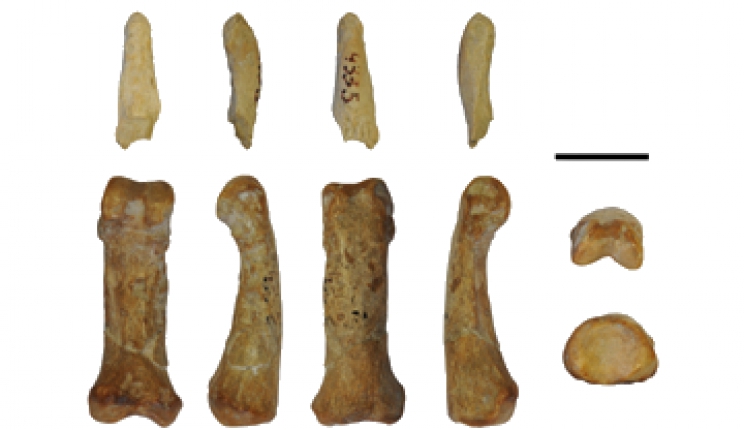 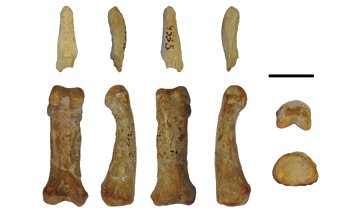 The American Journal of Physical Anthropology published this week in its online edition the work "The Thumb of Miocene Apes: New Insights From Castell de Barberà (Catalonia, Spain)", signed by three ICP researchers and which shows that the proportions of the human hand, especially its long thumb, are more similar to those of fossil apes than to modern great apes. Chimpanzees, gorillas and orangutans have elongated hands with short thumbs, as they are adapted to below-branch suspension.

From new remains of a fossil ape thumb found in the Castell de Barberà site (Barberà del Vallès, Barcelona), ICP researchers Sergio Almécija –currently at the American Museum of Natural History-, David M. Alba and Salvador Moyà-Solà publish a research that compares the morphology of the human hand with that of modern great apes, as well as with several species of fossil apes. The work published this week in the online edition of the American Journal of Physical Anthroology focuses on the thumb, and concludes that having a hand slightly short with a relatively long thumb is a primitive feature, which was already present in fossil apes. 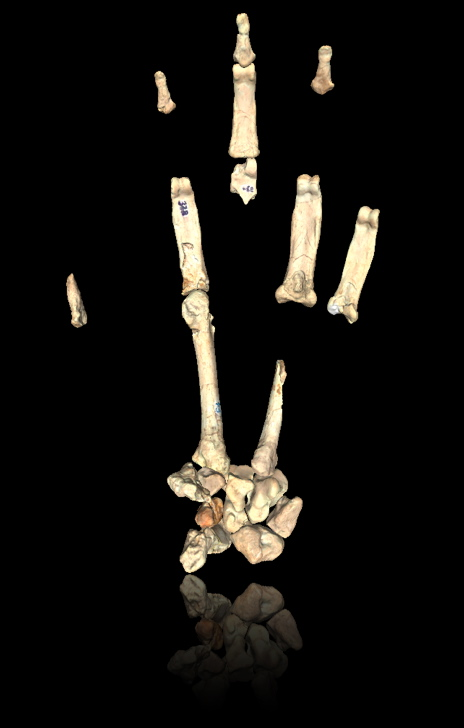 3D reconstruction of the hand of the fossil hominid Pierolapithecus catalaunicus. As shown, it did not have a very long hand in relation to the thumb length. Sergio Almécija. ICP

Thus, having a long thumb is not directly related to the evolution of hand fine motor skills, which characterize humans, but to the ability of these fossil apes to climb and to grasp branches safely while they walked on. It was not until later that apes developed adaptations to orthogrady, vertical trunk postures, which allowed some apes to move around hanging from tree branches (developing long hands with short thumbs) and the ancestors of humans to develop bipedalism. By walking on the lower extremities, the hands were released regarding locomotion, and humans have been able to take full advantage of the long thumb while manipulating objects.

In general, primates have hands straddling adaptations based on locomotion and those based on manipulation. In some cases, the thumb does not play an important role in locomotion, but always has an important role in the handling activities. This was thought to mean that the long thumb of humans was an evolutionary adaptation linked to our ability to do things with the hands. This study, however, shows that having a long thumb is a primitive condition, already present in the Miocene fossil apes (the first hominids) about 13 to 10 million years ago, which had a relatively long thumb, like humans. Rather, it appears that modern apes (which are bigger than fossil apes) are the ones that have evolved further, elongating their hand and reducing the thumb length to allow suspension under the branches.

More in this category: « The forearm of the hominids: an accurate and efficient design Extinction threat to turtles »
back to top