Few steps to the point of no return 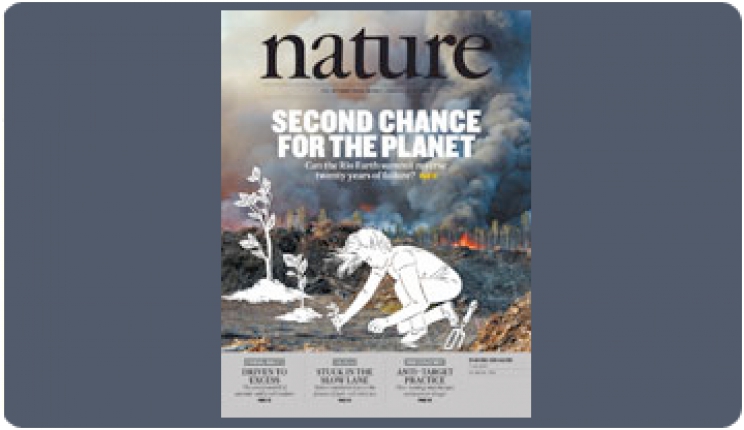 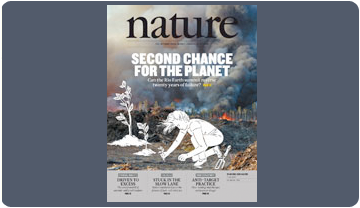 Cover of the journal Nature. http://www.nature.com

An international team of 22 researchers published on Thursday in Nature an article warning to politicians and society that we could be approaching a sudden change in the biosphere, with destructive consequences for biodiversity. This work is based on the knowledge of the several climate changes Earth has undergone during hundreds of millions of years, obtained thanks to paleontological research.

Paleontologist Anthony D. Barnosky leads a team of international researchers in a work that bases on research and data the risk that human action may be pushing the Earth to irreversible changes in the biosphere: a reduction in global biodiversity and changes in environmental conditions that could threaten the fishing industry, agriculture and water supply are just some of the possible consequences. The article is published in Nature just a few days before the international community meets in Rio de Janeiro at the United Nations Conference on Sustainable Development, Rio +20. 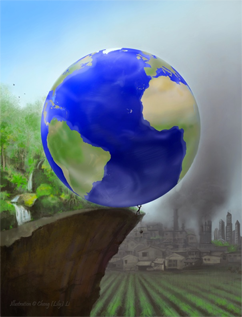 The Earth and the humans might be approaching a point of no return. Illustration by Cheng (Lily) Li. http://www.lilycli.com

Jordi Bascompte, an ecologist at the Biological Station of Doñana and an expert and pioneer in the application of mathematical models in ecology, is one of the authors of this paper. "We have compared the past climate changes, which we know by the signs they have left on the ground and in the fossils, with data of what is happening today at smaller scales, and with theoretical predictions. This shows us that there are indications that we are dangerously approaching a tipping point on a planetary scale, a sudden change of our biosphere, which may lead to changes for which we are certainly not prepared ", says Jordi.

Thus, evidence exists and is well grounded. What the researchers claim for is more research to improve our ability to predict these changes, and to understand how human action may condition them. The goal, of course, is to act to stop or at least mitigate the impact a change like this would have on the planet's biodiversity, and more specifically on humans.

Image of the ecologist Jordi Bascompte. Photo by Jesús Morón.

A more accurate and detailed prediction of these changes means improving our models from a better understanding of how the biosphere reacted at other times, when it also suffered rapid changes in environmental conditions or as the human population grew exponentially . Without this research it is impossible to know how close we are from this point of no return, and if we have time to do something to stop it.

More in this category: « Remains of the last European marsupial discovered in Spain The capitosaur bite »
back to top