Remains of the last European marsupial discovered in Spain 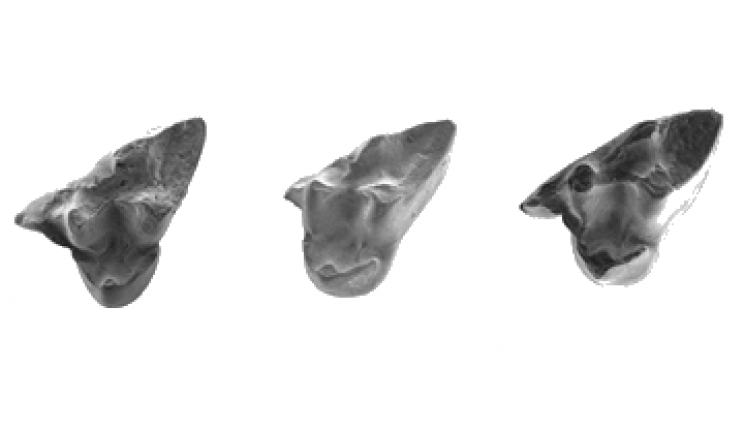 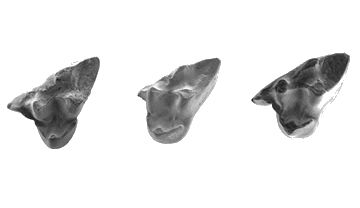 The fossil remains of Amphiperatherium frequens recovered from Ribesalbes-Alcora Basin in Castellón are the southernmost occurrence in Europe. This marsupial, the last on our continent, became extinct about 14 million years ago. The work is published this week in the online edition of the journal Comptes Rendus Palevol.

The article "The southernmost Miocene Occurrence of the last European Amphiperatherium herpetotheriid frequens (Metatheria, Mammalia)" presents the first description of fossil remains from Spain of the last European marsupial. These remains come from the localities of Mas d'Antolino, Mas Torner and Barranc de Campisano, in the Ribesalbes-Alcora Basin (Castellón). With the extinction of the species Amphiperatherium frequens, to which the fossils found in Castellón have been ascribed , marsupials disappeared from Europe. The work is published this week in the online edition of the journal Comptes Rendus Palevol, signed by the ICP researcher Marc Furio; Francisco J. Ruiz-Sánchez, Vicente D. Crespo and Plini Montoya of the University of Valencia, and Matthijs Freudenthal of the University of Granada.

So far, remains of these marsupials had only been documented in Central Europe, where environmental conditions during the Miocene were more humid. In fact, the region of Ribesalbes-Alcora is one of the wettest regions of the Iberian Peninsula, although not as much as other European localities where Amphiperatherium remains were recovered. These climatic conditions explain the fact that the presence of this marsupial is scarcer in Castellón than in northern European sites. 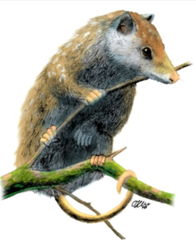 Much of the remains of A. frequens documented in Europe have been found in paleontological sites dating from between 17 and 15 million years ago, coinciding with the Middle Miocene Climate Optimum, when Europe had a much warmer and wetter climate than today. The extinction of this species, about 14 million years ago, coincides with the climate change that brought cooler temperatures and changes in vegetation.

The fossil remains of this work come from different sites in the Ribesalbes-Alcora Basin, in Castellón, internationally known for the exceptional richness of its small mammals fauna. The remains of Amphiperatherium frequens are only 9 pieces out of 200, an amount that represents a very small part of the fossils that have been recovered.

The marsupial mammal group, including kangaroos and koalas, and currently found only in Australia and parts of America, also lived in Africa, Asia and Europe millions of years ago. In Europe, the last remnants date from the Miocene, about 14 million years ago.

More in this category: « The fossil tortoise of Park Güell Few steps to the point of no return »
back to top