Pere Figuerola
Which is our team
11210 times 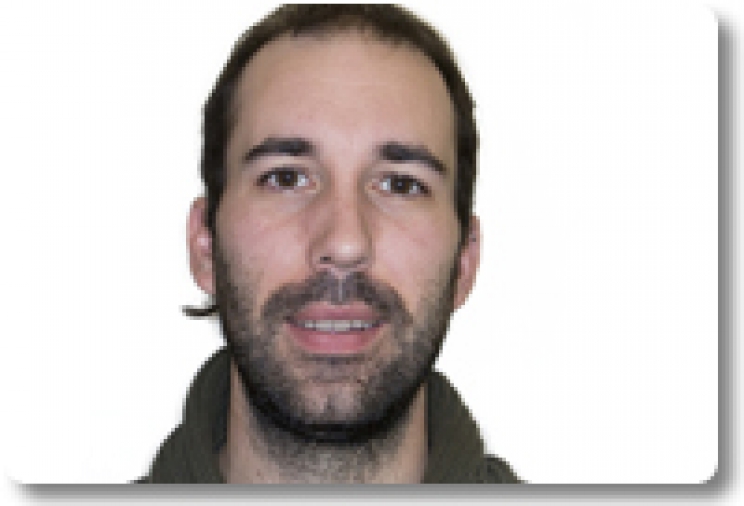 Degree (2008), MSc (2009) and PhD (2013) in Geology by the University of Zaragoza. His PhD entitled “Palaeoecological aspects inferred from the ichnological tetrapod record in the Jurassic-Cretaceous interval from the Iberian Range (Eastern Cameros and Maestrazgo)” was mainly focused on the diversity of dinosaurs, pterosaurs, crocodiles, and turtles during the Jurassic/Cretaceous interval in the Iberian Range. After a 2-year postdoc experience at the Bayerische Staatssammlung für Paläontologie und Geologie in Munich, he has became a member of the ICP thanks to a Beatriu de Pinós (AGAUR) postdoctoral fellowship. His main line of research is the vertebrate faunal change and the paleobiogeography across the Jurassic/Cretaceous boundary in Iberia where the sites from the Iberian Range are of great interest. Other line of research is the documentation of the vertebrate footprint record in the Cenozoic of the Ebro basin and Pre-Pyrenees.

He has participated in several national and international projects (German Science Foundation, Humboldt foundation, National Geographic, Science and Economy Ministry) that have allowed him to get experience in numerous fieldwork campaigns (both excavation and prospection campaigns). These were mainly carried out in the Mesozoic of the Iberian Range and the Cenozoic of the Ebro Basin but also in the Jurassic of Argentina, New Zealand and Morocco. He has also worked in fossil restoration and musealization of dinosaur tracksites. He has visited many collections in several European countries with longer stays at the Museu Nacional de História Natural e da Ciência de Lisboa (Portugal) and the Office de la Culture, Paléontologie A16 en Delémont (Suiza). His research has been published in several SCI journals of the Paleontology, Geology and Multidisciplinar categories. He has also participated in numerous national (SEP, EJIP) and international meetings (EAVP, ICHNIA, ICCI2).

More info about the publications:

More in this category: « Tomàs Marquès-Bonet Israel García-Paredes »
back to top